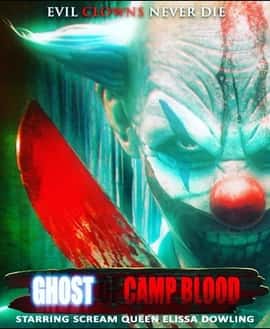 Plot – Spoilers:
If you’ve made it this far in the series, your expectations are quite low by now. So you perk up at a murder scene early on featuring Scream Queen Elissa Dowling, and wonder if you might possibly end up watching this for something other than because you like cold shit. But as usual, Camp Blood lives up to the bar it’s set and the whole movie circles around that one scene and offers nothing else. In fact, I wouldn’t be surprised if that scene was from an unfinished project by some other filmmaker and just thrown in here (The killer in that appears to be wearing a hood and not the Camp Blood clown mask).

And as far as the story goes, it’s something to do with the clown killer Stan Cunningham’s ghost wanting to kill more. But there are more important things to look out for – like an actress from Camp Blood 7 who seems excessively enthusiastic about being back in another Camp Blood film. Or the cameraman/director who has a thing for recording himself in reflections. Or the boil on Randy’s eye that keeps you waiting, hoping it’ll pop by the end of the film. Well, even that doesn’t happen. 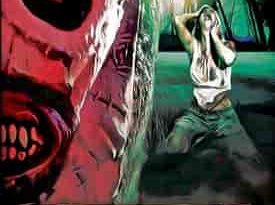 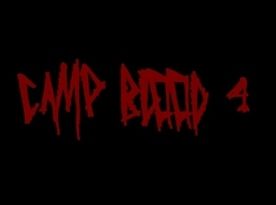 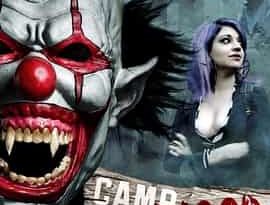 Love the admin commentary – so funny, and I am sure so apt (even before seeing the movie lol).

this saga is horrible, but i love it