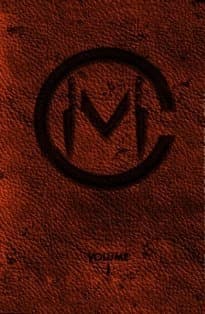 Plot – Spoilers:
Murder Collection V.1 begins with a note describing a fictional show called ‘Murder’ that went viral on the internet in 1994 before being taken down. The show featured videos of real-life death situations and though the website was shut down, the owner Balan continued to collect new videos which now form this collection v.1.

Made in 2009 by Fred Vogel and his special effects wiz from August Underground, Jerami Cruise, some of the shorts here are basic stuff you’d find anywhere on the internet but have probably been included to lend credibility to the concept of a collection of murder from the ’90s. However, if you stick with it, there are some worthy ones here to justify your time such as a bullied son beaten to death by his father, a cheating wife’s heart pulled out by her husband cuz she’d once sworn it belonged to him, a typical Fred Vogel scenario in the woods where a group of men bully a weak loser, a Japanese autopsy with great effects, a pedophile trying to dance with a couple of teen boys, an interracial ransom-kidnapping and a gang-type execution and decapitation. 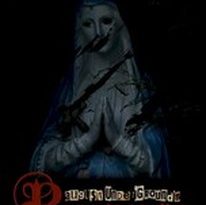 Movie sucked i would rather watch MDPOPE anyday…..

This IS MDPOPE….. a chunk of it anyway. I just watched it last week and this “Murder” collection is the first third of it.

The Ripper
Reply to  MNike Ehrmantraut

Dr. Lecter
Reply to  The Ripper

I don’t know what YOU’RE watching because this is a chunk of MDPOPE. And yes, parts of MDPOPE are worse. But still, a number of clips from this movie are indeed shown in MDPOPE. And in Traces of Death, and Faces of Gore. These last two I mentioned just follow in the footsteps of Faces of Death, except they are real. Both of these can be found on Internet Archive… and oddly enough segments of these two also show up in MDPOPE. Read the Fandom Gyaanipedia and you’ll see. MDPOPE is chunks of Traces of Death, Faces of Gore, Murder… Read more »

“goosbumps explode on my skin, how do u feel”

me: goes to bed

The best part is the Japanese surgeon.. LOL! I’m fluent in the japanese language and he says “Koriko” instead of “Koruko” to mean blade. Things like that bother me most.. sigh

I admit that I’m not a follower of gore films in general, so all I can say is this a really work.

totally need MDpope 1,2,3 on here after watching this i feel like thats the obvious next step

i got mdpope 1-3 but the next steps is, Faces of Gore

There is a part 4 now that just came out recently. Dont know where you can get it tho.

MDPOPE 5, nah, it’s a troll movie made by an hater of mdpope. Thomas MD Extreme Cinemagore (the man behind MDPOPE) said on facebook, the 3th will be the last one.
And now he said he invoke satan and make the covid and the delta… anyways…

Seriously??????? Dang. Here goes the rest of my night looking for it.