Plot – Spoilers:
The third in the Traces of Death series brings back the voiceover but continues to feature the early songs of several metal bands that would later gain prominence.

There’s a lot more animals and insects featured here including:
Eating scorpions bit by bit.
A unique arm wrestling bout in which the loser wins a scorpion sting.
Cock fighting, dog fighting.
Drinking fresh blood from a bull.
The waters turning red with dolphin blood.
Camel slaughter and drinking its juicy wastes.
Bullfighting and a bull unleashed on a blindfolded horse.

Apart from the expected assortment of dead bodies in various states of disarray, included here are the excavation of a 4000-year-old man, accidents and the victims of bombs, fire and pitbulls. But the highpoints are reserved for tribal rituals that include crude dentistry, scarring and mass circumcision/clit removal. 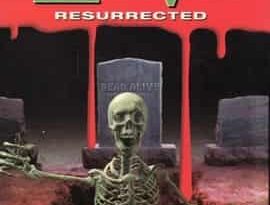 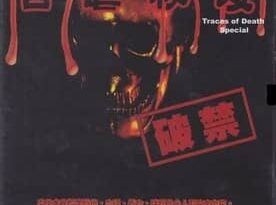 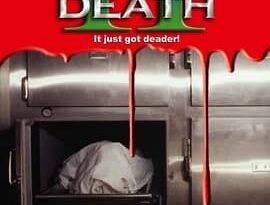 I NEED THIS THANK U SOMUCH MR EDM

Could i some movie request? like a face of gore or death film … anyway thx vid man

markus
Reply to  u r fan

faces is mostly fake shit.. traces is all real
and there already on here lol

Karen
Reply to  u r fan

They already have the Faces of Death movies here.

I don’t get it. It’s a bunch of footage of people dead and dying people. I don’t what the big deal is. Is this supposed to be shocking? Entertaining? I got bored a quarter of the way in the movie. I can honestly say I got nothing out of what I’ve seen of this movie.

thank you for the movie!

THANK YOU SO MUCH EDM, WHAT A LEGEND

All movies posted here are works of fiction,
and no messed up stuff that is real will ever be posted . . .

Well, the full statement reads:
All movies posted here are works of fiction, and no messed up stuff that is real will ever be posted unless it’s part of a documentary.

You may refer the genres listed in each movie’s description and skip those with animal cruelty.

Seriously? SERIOUSLY?! Please stick your head just a little further up your ass and breath deeply, you piss-poor pathetic excuse for a male human being.

Jesus-fuckin’-Christ! Just how damaged some people’s brains are.

Bonjour administrateur et bon mois de juin !
H.R.724,
under the section “Text”
see Sec. 48(a)(3)
I know – coming off like a
real dickhead lawyer – but
we really love you guys and
we want the best for you!

Thanks 🙂
But the site operates outside of US laws. Guess the filmmaker wasn’t too bothered and even operated a merch store.

Unbelievable. Just how stupid do you think everyone else in the world is… besides you, of course?

EUM guys and gals, Im not requesting anything but just wondering if you have ever heard of a film called ”The Profane Exhibit”, apparently made in 2013 but never released anywhere. Seeing you are the movie experts maybe you know of its movements if any. I have looked for it all over the web to no avail and I know it is eagerly awaited by lots of ppl. Any info appreciated, cheers.

Yeah, it’s been requested before. Ashamed to say, we don’t have a copy but will keep a lookout.

Thanks! I enjoyed part 1 and 2 more, but the tribe stuff with the teeth and circumcisions was something else! This one also has a solid soundtrack except for Meshuggah :/ Here’s to part 4!

Boring… Doesn’t compare to the top videos on like the ync or other gore sites. It was probably pretty gnarly back in the 90s but now I’m used to seeing shotgun blasts to the head in full hd shot by a slow motion camera.

Much better than 2. More guts & gore & of course that soundtrack.

It is all the same shit my dude.

Just watched MDPOPE which I found on the surface web in a matter of minutes. This is the REAL shit and there is no holding back. Some scenes were funny, some cringy and others unwatchable as far as I was concerned. Animal cruelty features a lot here as well as vomit eating which are some that I skipped. This film is 2hrs 27mins long and is full of unpleasant stuff, there is bound to be something in it that will offend anyone who views it. The diverseness of the obscene material is so wide that some ppl will not make… Read more »

But have you sat through all 3 in one day?

When I acquired them they were streaming as I was not having luck with torrents or anything otherwise. So I ended up OBS’ing all 3 before they got taken down. In the same day. The bf tapped out during the first 5 minutes of the first one. I was laughing like a mad fool.
Side note – 3 is basically a collection of easily found/often viewed clips from gore sites. Not worth sitting through.

Nah, have no desire to watch any more of them, I see enough bad shit as it is, I was only checking it out of curiosity bc of the controversy surrounding it. I figure that part 2, 3, 4, would be much the same. At least it didnt have any child abuse in it which I abhor totally. In my work I have had to view some of that and it depresses me to think what people are capable of in pursuit of money. However, when viewing MDPOPE, the first vid of the guy with grapefruit size balls, endlessly ejaculating… Read more »

I have worked in medical as well as social services, I hear you.

“Now time for the girls”: 1 girl appears. Wtf. This movie is ten minutes too short.