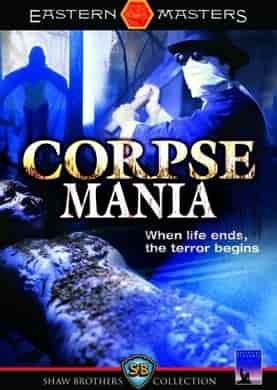 Plot – Spoilers:
A man wearing dark glasses and a scarf rents a house and remains cooped up for a few days with his ill wife. After a week, nosy neigbours bothered by the stench emanating from the house and because they’re nosy decide to investigate. They find the rotting corpse of a young woman. The police discover that the corpse was fucked long after death and link it to a similar case from a while back. The Chief Inspector begins an investigation that leads him to a brothel and a strange man who was recently released from an asylum, having served time for necro activities.

Corpse Mania is putrid as a detective or mystery tale but possesses good value for its necro angle.