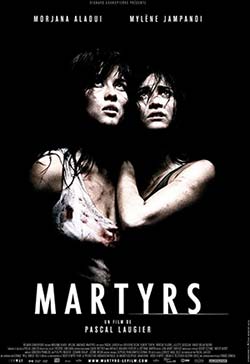 Plot – Spoilers:
A young girl Lucie escapes from torture in the ’70s and is placed under psychiatric care in an orphanage. She refuses to speak about the horrors she experienced or the perpetrators, despite the best efforts of the staff. In time, a young girl Anna befriends her and dons the role of a supportive and caring figure. The two are inseparable and Anna is the only human Lucie appears to wholeheartedly trust.

15 years go by and Lucie walks into a happy family having Sunday breakfast and guns down the lot including a couple of teenagers. Anna rushes to the scene and is unconvinced by Lucie’s claims that the couple lying dead are the ones who tortured her as a child.

Though Lucie believes she killed her tormentors, she remains haunted by a fiendish creature that inflicts brutal wounds on her body. As it turns out, the fiend is Lucie’s personification of the guilt she feels for not having helped another prisoner in the torture chamber she escaped from, as a child.

Anna has been warned for years by her mother (with whom she barely has a connection), to stay away from Lucie and she soon finds a horrific reason why she might have been better off without Lucie.

Martyrs is a great psychological exploration of the horrors of childhood abuse, torture and trauma. The tenderness of Lucie and Anna’s relationship is also explored, particularly while toying with a relevant question – does empathy and kindness matter more than your own safety and well-being.

The scenes of violence towards Anna without the assistance of much gore, are also as brutal as they get. When she is punched, you feel it in your gut.

The cult of rich old folks sadistically willing to sacrifice young women in their quest to understand what lies close at hand for them, also leaves you disgusted, which is a credit to the narrative skills of director Pascal Laugier.