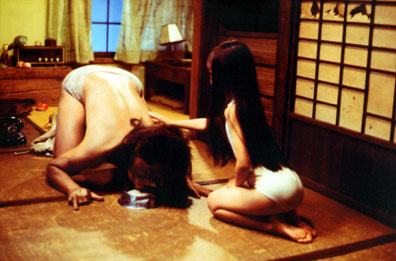 Plot – Spoilers:
Shigeharu Aoyama (Ryo Ishibashi) is a widower who is getting old and feeling the effects of loneliness as his teenage son appears to be moving on with his life. He confides in his friend Yoshikawa (Jun Kunimura) who is well known in the film industry. Yoshikawa arranges a bizarre audition wherein young beautiful women are called up ostensibly for a movie part, but the actual purpose of the audition is to find Aoyama a life partner. Aoyama goes along with the plan and is soon smitten by a very graceful and submissive looking Asami Yamazaki (Eihi Shiina).

Yoshikawa is a bit suspicious of her because her references don’t appear to check out, but by now, Aoyama is too far gone in his love for the mysterious Asami. What he finds in Asami to his horrid surprise is a twisted maniacal psychopath who grew up experiencing brutality and sadism as a child and who has now morphed into a serial killer of men with an extremely sadistic penchant for torture that she has honed across her many killings.

Favorite scenes:
During the Auditions, when Aoyama first catches a glimpse of Asami, she has her back to him in a crowded room and yet soemthing about the scene conveys her poise and grace that has Aoyama absolutely smitten.

The pathetic man squirming around in the sack. He has lost all sense and dignity of a human being and has debased into an animal that only craves for survival and nourishment.

Obviously the torture scenes. They come as such a stark and shocking contrast to all the feminine grace and poise exhibited by Asami until then. Especially when she injects Aoyama with a drug that paralyzes him but leaves with the sensation of pain – brutal. 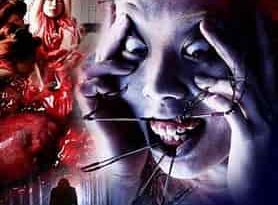 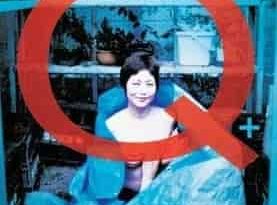 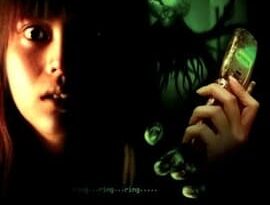 This movie helped me find this website so, thanks! It starts with a very slow and winding build up and eventually ends in the iconic and chaotic last couple of minutes. I can tell this movie has a lot of symbology and replay value, but my socks were not completely blown off on my first viewing. It is still an excellent movie and a must watch, just the first impression didn’t have me starstruck.

This is the worst site ever. I have a top of the line laptop, and great internet but this fuck site just buffers. Its not worth the visit make sure your fucking content work stupid bitch

:)) Calm down bud. There are two options available. Try the other if one is being a nag

ignore dick heads , they always need something to suck on !

Thanks for uploading this movie with subtitle

I for one am grateful for all that you do on this site ,thank you x✊

B
Reply to  Bill

Hilarious. You’re on a site that’s free with rare movies – that you could easily buy then upload yourself! – and you’ll take this attitude? Be more considerate to someone who is doing the horror community a favor. I have a top of the line laptop and am using a VPN and it works just fine. Maybe it’s not as good as you thought it was? 🙂 Thanks admin. I saw this around the time it came out and wanted a nostalgia trip. It occasionally stutters/buffers, but it’s free and it doesn’t take that much time up. Appreciate your dedication… Read more »

You live in a cave, it seems..

A Nani Maus
Reply to  Bill

Way to be considerate to someone who puts a lot of time and effort to give cheapskates like you and me free content.

I suppose the other alternative is to stop being a whiny little bitch and just buy or rent movies if your perfect laptop keeps failing you.

shut up bill
Reply to  Bill

Sophie
Reply to  shut up bill

Only buffoons would complain when getting something for free. You must live in [email protected] redneck country.

I literally watch movies on this site on my phone, never had a problem.

Why are you @’ing people mate, this isn’t Twitter…

Pipe down, Hiram. Go put on your Yamaka, spin your dradle, eat some latkas, and screw anyone you can out of a dime, fecal-face.

No friends, 12 years old, and too much time on your hands.

Well I.live in a village in England where I’m now into my 3rd broadband provider in 4 yrs because the connection is crap! I can honestly tell you that not once have I had a problem accessing this site and there are always several options for streaming to try .I don’t watch this through an app because my operating system doesn’t support it..try both options or just watching without using the app like I do.

stfu if you dont like it go somewhere else asshat

Hom Per
Reply to  Bill

my internet is slow, is there a way I can watch this/these movies in a lower quality?

Edit: The new player defaults to lower res for some of the High res movies.

We’ve reduced the file sizes to well under 1 GB for all movies without compromising on quality much.

Right now, there’s no way unfortunately, to watch in reduced quality but we’ll try and add a new player maybe in a month or so with a lower quality option.

vpn will solve most problems, or is that a fat brown nerd secret?

I thought this was a very good movie and I can’t understand the vitreole of that Bill guy. This is a Awsome site, occasionally the movies stop and buffer. I just go back thirty seconds, play for 5 seconds, then go forward 30 seconds. This nearly always resolves the problem and I am just streaming to my telly from my iPad. As I said Awsome site, I would like to suggest a star rating system for each movie, or maybe bloody knives instead of stars,lol. I really love the site and thankyou?

I just pause the film, go get myself a snack and a beverage, maybe hit the bathroom, then come back and watch uninterrupted. But, of us just aren’t very bright *ahem…bill, bill, bill……*

…”SOME of us…” and some of us need to change the battery in our keyboards….

Really a wonderful site. I have watched the Audition movie from your site only because of the resolution and continuous streaming without any interruption. As the first man said, I found your website only when I am searching google to try this movie for seeing through online with english subtitles. Kudos to everyone who are maintaining this website. Keep it up. I request you to add more such award won movies.

Sad movie where nobody wins. He genuinely loves this girl for her mature outlook on life but she’s too caught up in revenge to see his true intentions.

Might have been more intriguing if the son never came home to stop her and right on his last breath Aoyama says “Asami, I loved you.” It could open the possibility for a redemption story. Still a good watch though.

Love your website, but wanted to comment re- buffering on laptops versus desktops. I find that the desktop works best and the movies play on first click. On my Ipad I have to buggerise around 3-4 times before it starts to play. I go from option 1 – nothing, then 2 which takes me to some weird unrelated site and so on. Eventually it plays but not before I’ve wasted 5-10 minutes going backwards and forwards. I prefer it via my desktop as it works first time round. Why? I don’t know. If anyone knows please inform us. Oh and… Read more »

Will be making some changes to Option 1 soon that should hopefully sort all this out.

I also had issue with the HDMI/flat screen connection. To solve it, shut everything down, disconnect the HDMI cable, reboot, plug in HDMI, boot TV, hit the windows + P keys and select “projector only” option. Problem solved. Hope this helps you.

Love, love, love this site! Great content and I have minimal problems with the streaming. So keep it up and thank you!!

thanks for uploading, although i watched the movie on another site and didn’t enjoy it, much appreciated still 🙂

The only thing f’d up about this movie is that I sat through this dog shit…..

thank you for sharing!! I enjoys every movie I watch in this site

I am 100% sure that almost all Americans who watch this movie will be very sad about the dog.

Lol you fucked up motherfuckers, all fucked in the head, what are you ven doing with your stupid meaningless life, get some help if you watch this fucked up stuff, my god!

Go back to watching Bambi you fucking loser. This movie is art, you are just too fucking stupid to understand. Or actually, stop watching movies and finish highschool you retard

I’m sorry, this is SO FUCKING BEAUTIFUL, I FEEL ENLIGHTENED! SORRY FOR CALLING YOU FUCKED UP CAUSE IM EVEN FUCKEDER

I really hated this, but I’ve learned to not flinch at things like this anymore.

the most feminist movie I’ve seen by far, I personally see it as the uncovering of women’ traumas from relationships. beautiful shots filled with loneliness that we all inherit from childhood.
thank you, effedup, for the ability to find more movies like this <з

This one of my all time favourites