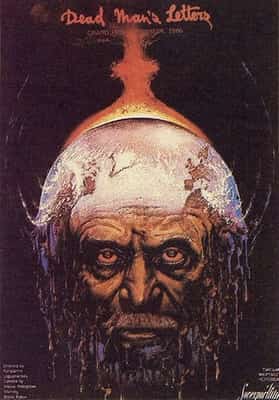 Plot – Spoilers:
A bizarre computer error leads to a nuclear missile being launched with the operator unable to prevent it. In the ensuing fallout, people are relegated to trying to survive underground in bunkers. Some bunkers are deemed special and meant only for the healthy and those with the greatest chance of survival.

In this scenario, a Nobel laureate scientist lives in a bunker below a museum with his dying wife and museum workers. His son is dead and he is surrounded with bleak people with minimal hope for themselves and the human species. And yet, he refuses to accept his son’s death and believes the world will eventually return to its former status quo. His outlook isn’t popular among the others and he accepts he might even be going crazy. But he refuses to let go of his thoughts and instead writes imaginary letters to his son while desperately holding on to his humanity in an environment where it is no longer relevant.

Exacerbates my depression and misanthropy. Love it.

Maybe even more depressing than the 1984 film “Threads” on the same subject. 4 out of 5.

Russian films are known (imo) for their reflection of life that can often focus on the suffering and sometimes be nihilistic. This film obviously presents the perfect vehicle for such and the dialogue does not disappoint. That said, I found the last 10 minutes of this film (from making the Xmas tree onwards) to steer away from what was presented and built up before it. Though a somewhat jarring change (for me) in tone it does not detract from the directors expertise and the sepia/washed visuals he uses throughout add to the artistry of the film. 4/5 letters

This left me with a feeling I can’t really fully explain…the whole world seems like from a distant dream.
The feeling of hopelessly and overall nihilism for everything going on is captured so well. It’s almost unbelievable how good this movie really is and how it managed to pull off such a style and atmosphere.

such a piece of art