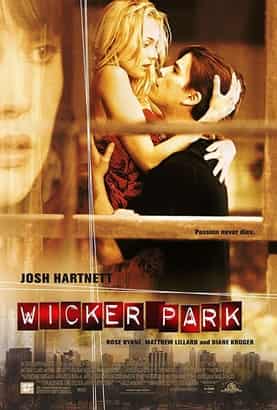 Plot – Spoilers:
Wicker Park is the American remake of L’appartement and pretty much stays true to the original, except for the ending.

Matt, an ad executive, has moved back from New York where he met his fiancee. While his career has been on the upswing, Matt’s having second thoughts about marriage. And this gets compounded when he glimpses an ex, Lisa, during a business meeting at a cafe. He cancels his upcoming trip to China and begins an obsessive search for Lisa while trying to piece together why they went separate.