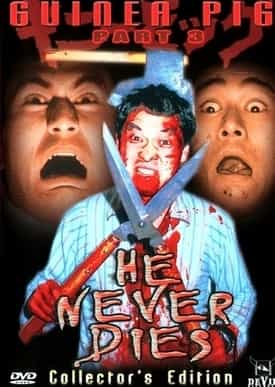 Plot – Spoilers:
The third in the Guinea Pig Series kicks off with an intro by a dubious looking Western academic informing us about the realism of the film that follows.

Hideshi is a depressed employee at some sort of a Japanese software company. The work there is insipid and Hideshi has gotten so bad at it, being abused by his boss has become a daily routine. He is invisible to his colleagues too, who often dump their work on him.

One day he decides to not turn up to work. Four days pass and when no one from the office calls or inquires after him, he snaps and turns his loneliness inwards. He has previously experimented with cutting but had fainted at the sight of blood. This time he goes further and discovers a startling fact about himself which takes him to an extreme place.

The ending of the movie is a happy one for Hideshi because despite his tragicomic situation, he has finally found friends who are entertained by his presence. 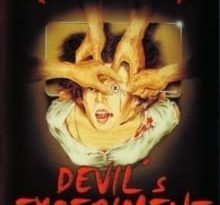 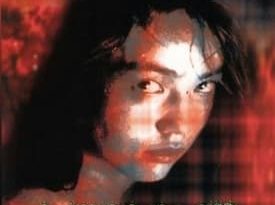 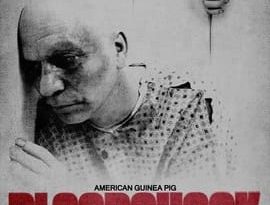 IMO should have been made into a full length horror comedy rather than part of the guinea pig franchise.

That ending was just too silly and ridiculous. Pretty disappointing after the first two.

Honestly found it pretty funny. Hinos taste for the gruesome and phantasmagorical works really well in the context of a horror comedy. Good stuff.