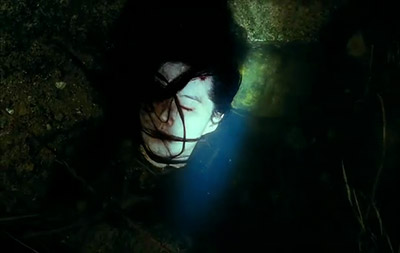 Plot – Spoilers:
A Korean Secret Service agent’s girlfriend is one snowy night, kidnapped and brutally murdered by a serial killer played by Choi Min-sik. Choi has a collection of women’s souvenirs suggesting he has a large number of kills under him. This is also indicated during one killing scene when he guillotines a woman and looks bored and curious as her head rolls away – almost like he has raped and killed so many women he now has to find new ways to amuse himself.

The theme of I Saw the Devil is primarily Revenge as Lee embarks on a mission to find his lover’s killer and give him a death that is 10,000 times more painful than his girlfriend received. In doing so, he loses all of his moral balance and becomes the monster he is attempting to fight.

His hatred and pain is so great that he feels unsatisfied to simply torture and kill the killer – he instead chooses to find him, brutalize him and then release him. Then find him again, torture him and release him once again. Like smug cats allegedly do with helpless rats.

Favorite scenes:
There are some very artistic shots throughout the movie such as Choi dragging a blood soaked body down a pristine white snowy road or the beautifully visualized decapitated head found floating in a moonlit river.

The first couple of times Choi is cornered by Lee, he shows a genuine fear at being up against someone who seems as deranged or worse than him. This is especially evident when Lee breaks into the clinic while Choi is getting the virginal nurse to blow him.

The International Cut is now available 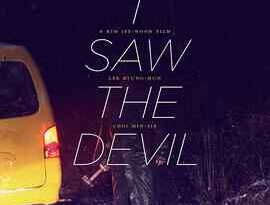 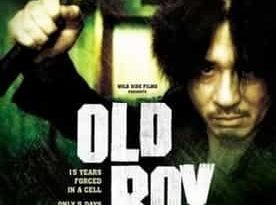 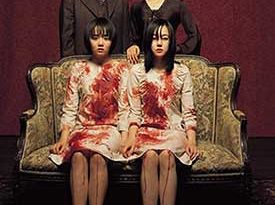 In my twisted top 10 forever
Absolutely great movie, should be seen alongside the Vengeance trilogy.

Love this movie…just keeps you on the edge of your seat.

one of the best movies of all time, the ending breaks your heart

Never understood why the good guy laughs so hard at the end. …Hi

Choi from Old Boy was perfect for this role. I’ve seen a this movie a few times and it’s still great. Definetly recommended

This might seem like a Mandela effect for me, but I thought there was a scene where he (Choi’s character) raped her after undressing her then wrapped her in plastic, then goes in and take a shower. Comes back out to find her waking up in the plastic. That is what I remember the first time I saw this movie when it came out. Can someone tell me I am remembering differently?

I would like to express my appreciation towards the team which is behind the curtain running this brilliant website, searching for the most sick twisted movies, gather them and provide it to us, people who are sick n tierd of the main stream so we can enjoy them.

Clinquant and provocative. Inhaled sharply when the pervert was struck in the junk by a hammer, guffawed sadistically. Extremely appreciative and indebted to the Admins; Much gratitude and chastened timorousness from your obsequious folk <3

Admin: I’m concurrent with the fellow Dr. Lecter, if you wish for a donation to contribute to your outstanding site, I’m more than affable to assist. You’ve created an implausible plethora for viewers to congregate and satiate their diversion within cinematography.

The performance of choi min-sik in this movie is flawless.

Im so glad I watched this, I heard the hype and wow not a dull moment easily a top 10 for me, Not often you get a good script with good acting and good amount of effed up. A true 5 outta 5!

Really good movie. The only thing i didn’t really like was the message that it was trying to give at the end.

I think revenge is actually something good. People will tell you that you have to stop, move on and etc, that you won’t bring back what you lost. But fuck that. You cannot let the motherfuckers that did stuff to you, just get away with it. Doing nothing means letting them get away with it. In my eyes, is unacceptable. You have to seek revenge, and pay them with the same coin or even worse.

Other than that, amazing movie.

A film I own on DVD and have seen it many times. One of my favourite films. The villain Choi Min-sik is the lead in the film Oldboy. The director of I Saw The Devil is a fan of Oldboy and included an ‘easter egg’ to this film in I Saw The Devil. When the villain picks the woman up at the bus stop he has angel wings dangling from the rear view mirror – a nod to Oldboy: Choi Min-sik wears angel wings at the beginning of the film. 5/5 simply superb

Not much more can be said about this truly wonderful piece of cinema… It’s fantastic… Gruesome.. realistic and fast paced AND slow and decisive too .. absolutely Fu++++g brilliant

There are two versions of this film. The one here is what’s referred to as the Korean version. It’s longer than the International release which is missing some scenes like the sex scene with the cannibal’s gf. Some scenes though are arguably more violent. Will put it up some time. But it doesn’t have the scene mentioned, in case the reference is to the first victim.