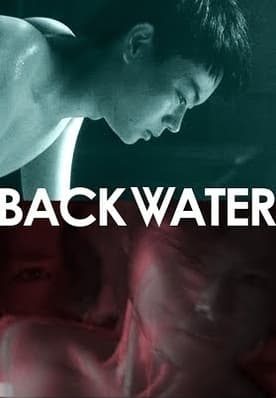 But looming over the couple is Toma’s father who’s into violent sex and whose influence on Toma seems inevitable. At least, Toma’s mother thinks so. Though she lives away, the memories of beatings endured makes her interpret every behaviour or mannerism in Toma as indications of him turning out like his old man.

Toma struggles to understand all this. He’s a wimpy little kid and could even be described as a good kid with simple ambitions like getting out of his slummy surroundings. The first time he tries violence with his girlfriend, he ends up a defeated heap on the floor, with no will or strength to get his way.

The women around Toma drive the magic in this film, especially in their interpretation of abuse. Toma’s mother is bitter and in some ways seems to miss the beatings, because it suggests she’s not worthy anymore. Toma’s stepmom seems dumb but is probably more someone who likes to keep things simple. Even abuse. She enjoys being around Toma and his youthfulness that helps take her mind off the abusive relationship she’s in. Toma’s girlfriend is the most confident of the lot, walking the edge with Toma. Her juvenile naivete convinces her about the hold she has on their relationship which has been honed by her dedicated efforts to please him.

The Backwater is mostly about the evolution of violence and how the expectations of people, their belief that they know who you really are, and their constant reminders can drive a person to fulfil what then becomes their destiny. Or maybe even escape it.

yet another movie that had so much potential and it all just got wasted : [ if I Myself don’t start making effed up movies , I’m afraid this ‘genre’ is as good as dead…..

now lemme start with the 1st hour and ten minutes: there is absolutely nothing happening …. just silly kids having sex with zero emotion in it, and some crazy old dude that likes to hit women….. i mean for F U C K ‘ S S A K E…. how far is beating women from chopping a woman’s head off with machete while fucking her !?

anyway a bit of rape towards the end, but again zero visual, it just bang fuckin happens and then they talk about it… borinnnn’ Yaaaaaawn

but hell I’m craving another good movie like ASF, in general when i wanna watch disturbing , shocking fucked up movies i expect something like a little fragment of the true ruler of effed up genre

the ending actually made me cackle a bit.
good movie 🙂

What a beautiful movie … lol … loved it

Hey admin, Mahtab here.
We all rave about your movies !
I enjoyed Backwater but the watching the character named father gave me a
horrible headache . . . he was such a hideous, demented soul.
Luv you guys !

“Bloody hell! Those pretty young things!”
Thanks for the very good movie. I’ll look into the work of Shinji Aoyama. The guy knows how to tell a story and how to film it. Actors’ direction is stunning.