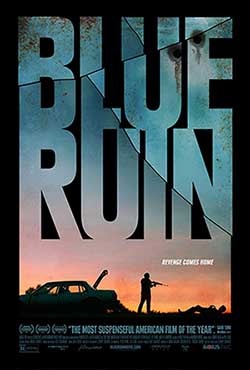 Plot – Spoilers:
Dwight is a vagabond who stays out of people and life. Through his eyes we initially get a glimpse of first world problems as he drifts on the outside of carnivals and crowds where security and basic comforts are a given, unlike for him, where every day seems a fight for survival. But this isn’t the story of a vagrant. It’s the story of revenge. Someone killed Dwight’s parents and is getting out of jail, well before time. How Dwight reacts to this forms pretty much the rest of this gripping revenge thriller with secrets and feuds going back a generation.

In his quest for revenge, Dwight is no hero. His heroics are usually when he has the element of surprise going for him. For the rest, he is quite timid and fatalistic, wishing he were just dead.

Favourite Scenes:
Every time Dwight interacts with a human, it makes for compelling viewing:
1. With his sister, there is an evident bond that has not yet been shattered by their shared tragedy or time away from each other.
2. The same goes for his old friend who rambles on and on when Dwight is impatient to get a move along. But he’s there when it matters most for Dwight.
3. Dwight and Teddy (the guy from the boot of the car) talk to each other for the most part calmly, in an old-worldly way, where the inevitability of a situation was understood by the two parties concerned without the need for verbosity. No room for drama – there are certain principles and ethics that have been laid in stone and they both get it. There is a certain nostalgic throwback to the old South as depicted in literature and movies here, and it’s quite the charm.

This is a slow-burn thriller, a great revenge film that gets 4-5 stars from just about everyone who sees it. And watch out for Jan Brady (Eve Plum) I can’t believe I actually recognized her… Effed Up… you’ve done it again! I applaud your efforts.

Great movie, probably not one for you pedi-perfs… no child molesting or animal cruelty here, but there are some good gore scenes, great photography and acting and oh my… a plot. highly recommended !
Thanks for including this excellent film on your site, you’re the best !!!

I’m applauding gems like these, no elongated dramatics or histrionic fabrications. Macon’s performance was untainted and disconsolately charming.

This movie is the balls. I loved it.

I started watching this film and realized had already seen it. It was even better the second time. Thanks again EUM!

A solid revenge film. Definitely worth a watch. 4/5 crossbow bolts