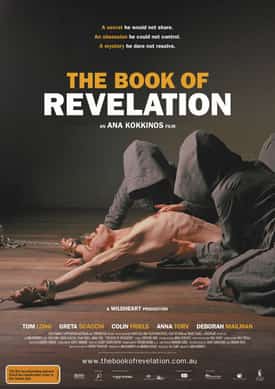 Plot – Spoilers:
A noted dancer in Melbourne, Daniel is abducted by three women and held captive for 12 days during which he is sexually abused. When he returns, his girlfriend and dance-partner Bridget refuses to believe his story. This sends him down a spiral to not only unravel the identity of his abductors but also cope with the stigma of being a male raped by women.

Anna Torv who plays Daniel’s girlfriend also plays the lead abductor. According to the director, this doesn’t necessarily imply she was a captor – she was cast in the role, because she was best suited. Whatever that means.

If Daniel couldn’t recognize a woman he’s lived with for three years, from her exposed eyes, that sounds a bit weak – it’s therefore possible that his imagination during captivity saw Bridget as his captor. That’s a theory at least.

This movie shows that woman can rape too.Sometimes people seem to forget that.You have a good page full of movies.Good luck and Stay safe.

iT’S NOT A COMPETITION BETWEEN WOMEN AND MEN TO SEE WHO CAN RAPE THE MOST NOW IS IT, WHAT AN IMMATURE PERSON YOU ARE!

literally no one said that headass

So do you always look for excuses to get offended?

Quick! Everyone, let’s virtue signal and read into everything!
Oh, and we’ll deflect our immaturity by telling everyone else how immature they are!!
Woot woot!!

Lmao what the fuck, no one said that. She literally said “women can rape too.” You’re fucking dumb as shit

I am not watching movies anymore, I am just here for the comment section to enjoy how ppl trash each other.

hahaha yeah, me too… but the movies here are fuckin’ great.
The comments section: “when keepin it real goes wrong…”

Nobody gives a fuck about your opinion foreign asshole

fuck tht was a boring dumb asf gay movie…2/10 because im generous with what cost me nothing.lol

fellas is it gay to get raped by 3 women

It depends on a lot of different factors. There have been cases where Men have been abducted by Women (Usually in groups of at least three) held down at gun point, and forced to fuck multiple times under threat of castration and/or ass gaping…with no respect given to the Male refractory phase (The period of time a Man needs to become aroused again). Most assuredly, this causes every bit as much nerve damage to a dick as a Woman being raped does to her pussy. Being Bi, I don’t care if it’s gay or not. But I can assure you that a guy having to submit to such treatment with the guarantee that he will lose his junk has definitely not been fagged!

Wish if there was more torture and less plot

WOW!!! That movie sucked really bad. Super boring and stupid. I feel like an asshole that I watched it all the way through. It totally sucks. Don’t waste your time.