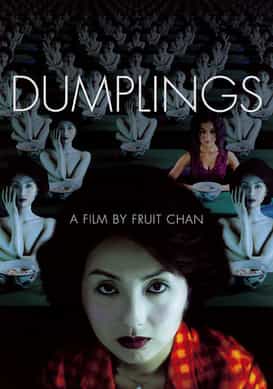 Plot – Spoilers:
A former actress Mrs Li is perturbed by her fading beauty and approaches Aunt Mei who looks remarkably younger than her purported age. Mei is renowned in the world of shady treatments for a secret recipe that successfully fights the ageing process.

Dumplings is the full-length version of what was originally a short film in Three…Extremes. If you’re gonna watch both versions, and you probably must, as the ending in the short film is more effed up in spirit than on here. So if you’re gonna do that, it’s probably better to watch the short one first and then this, as the characters and scenes are more fleshed out here. But it eventually depends on your preference – do you like going from thin to fat or the other way.