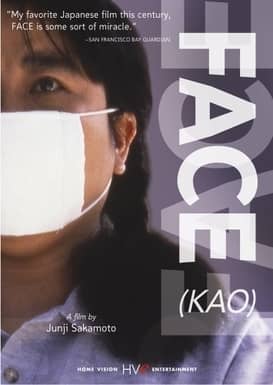 Plot – Spoilers:
Masako is a plump, socially clueless, virgin who works hard at her mother’s dry cleaning and tailoring service. The work is hard and Masako doesn’t have a life, but she finds brief moments of happiness in childish fantasies. Her younger sister drops by only when she needs her laundry done, and is unrelentingly mean to Masako.

When Masako’s mother dies one hot afternoon, there is nothing but bitterness left between the two sisters, and they get into a number of verbal and physical brawls that end in Masako committing murder. She runs away with the funeral gifts and so begins a journey across Japan where she has glimpses of hope and relationships before they are systematically ripped apart.

Kao is a beautifully shot movie with some fascinating angles and aesthetics. It’s surprisingly not talked about often enough but is a great example of a movie that tries to be sympathetic to its flawed protagonist, while also goading us to laugh at her.