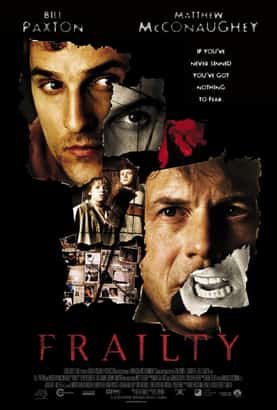 Plot – Spoilers:
A string of missing people and murders titled ‘God’s Hand’ convinces the FBI they’re dealing with a serial killer. The agent in charge of the case is visited one night by a Fenton Meiks claiming his brother Adam – who killed himself the previous night – is the killer. Fenton goes on to describe his childhood with Adam and their father who woke them up one night with a bizarre tale of having a vision from God and a mission to slay demons in human form. The more the details, the more the FBI agent is intrigued.