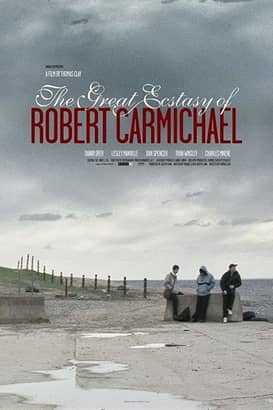 Plot – Spoilers:
A group of teenagers in the coastal town of Newhaven, England are increasingly bored with what the town offers as they get deeper into hard drugs. One of them, Robert a cellist, is also interested in movie-making. He lives with his fairly-involved mother and despite being introverted is considered a regular teenager who gets by with decent grades. The other friends include Joe the leader and bully who has recently been kicked out of school and Ben, Joe’s steadfast sidekick who’s passionate about football.

As their drug use increases, so does their lack of empathy for the other townsfolk, particularly women. It all eventually culminates in a brutal ending for one family.

What a great find
..

Keep up the great work on this site

This feels like Funny Games as British Social Realism. That’s a solid recipe.

I would have probably enjoyed this a lot more with subs. I found it really hard to understand what was being said most of the time and so got bored often. Was well shot, especially the scene in the house with the DJ. Brutal ending, but sort of lost on me how things unraveled that drastically. Only hour n half but seemed a hell of a lot longer. Much love to EUM for making it available. Cheers!

glad this was available to watch but not for people who want believable grit.

Damn crazy ending. Thanks effedup for this find!

This movie is fucking garabage!!….

A ‘Pull Back Camera Production’… more like a pull back foreskin production. Bag of wank. More fool me for giving it a chance after seeing Danny Dire was in it. Don’t waste your time.

This is a really sick movie. I’d love to know what Gordon Ramsey thinks of it. Really twisted people that made this one. It’s so fucked up you have to watch it twice. 3 out of 5.

You may need to be from the UK to get some of the references here but this is real life suburban boredom and inertia right here. .

The scene where Joe goes fishing down the docks is a nothing scene but it’s exactly how we have lived here.

Unemployment.. desolation… Depression.. no hope no future ..
It’s all here

Yes it’s slow.. but it’s as real life like as you will get. . Aside from the murders although of course this does happen ..

A marvelous adventurous film especially for the UK .

This movie and Eden Lake would make a seriously Fucked Up double feature.