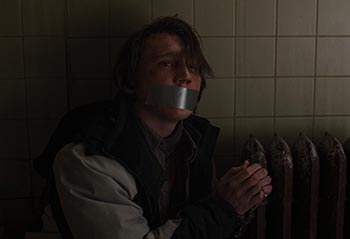 Plot – Spoilers:
The Dover family (Hugh Jackman as Dad) visit their friends for Thanksgiving in what is designed to be a regular family-type occasion – both having similar aged kids and all. Things coast along until they realize that the youngest kids in each family have gone missing. An RV trailer type vehicle had been seen parked nearby and a search for it soon ensues, with Detective Loki (Jake Gyllenhaal) in charge. When it is finally located, the driver Alex Jones (Paul Dano) appears to panic and drives into a tree.

Though Alex appears retarded, Dover believes he is hiding something, and worse, playing games and taunting him. As the stress of his missing daughter begins to eat Dover, he cracks and kidnaps Alex Jones, determined to torture the truth out of him.

Detective Loki has his hands full now with a couple of missing kids, a missing suspect and a distraught father bordering on criminal insanity.

Favorite Scenes:
1. The torment Dover wreaks on Alex in the bathroom is one intense scene. The violence is believable and brutal and when it culminates in the smashing of the sink, you’re almost glad it’s over. For now.

2. When Loki trails Dover one snowy day and conveys his suspicions to Dover:
You see two men who’ve been stressed for a week and close to cracking.
One works for the Law and is desperate to hold himself together but also has the onerous task of trying to reign in the other.
The other, through his loss, feels free of all moral conscience and law and is desperate to shake off this nagging nuisance of a cop. 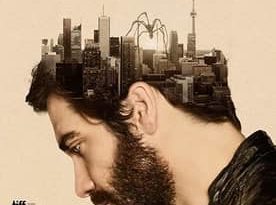