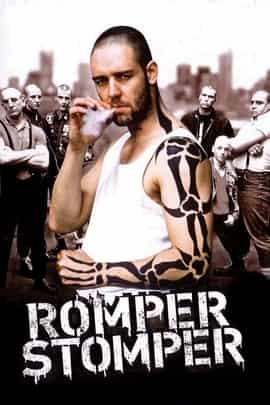 Plot – Spoilers:
A Melbourne neo-Nazi gang led by Hando are obsessed with the Vietnamese immigrants they believe are eating into their white spaces and lives. It’s all fun for the gang as they manage to lie low by not going beyond burglaries and late-night beatings handed to non-whites who cross their paths.

Davey is Hando’s best mate and generally goes along with whatever Hando decides. But things begin to unravel when Hando decides it’s time to take things to the next level after the gang’s favorite bar is bought over by an immigrant family. There are internal fissures too, as Davey falls in love with Hando’s girlfriend Gabe and takes on a protective role as Hando’s contempt and hatred for her intensifies.

Genres: Based on a True Story, Racism, Neo-Nazis, Incest

Random Trivia:
The character of Hando is based on jailed skinhead Dane Sweetman.

Daniel Pollock who played Davey, killed himself shortly after the movie was completed.

I already have this on bluray, I highly recommend this film.

Excellent film!! Russell Crowe was well fine when he was young???

Yes!! Thanks for fulfilling this request.

based as hell holy shit

Australian government has done well in regards to gangs and racism, you never see bunch of dickheads riding noisy bikes together and also all white population are now acting right. People however have opinions but they keep it to themselves or express it online under false ID.

This movie changed my life when I saw it at the movies when I was 17. Since then I have watched this over a 1000 times. R,I,p Daniel