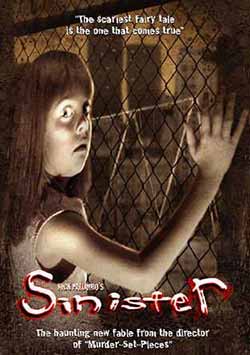 Plot/Favourite Scenes – Spoilers:
Sinister is a 5 minute short film made by Nick Palumbo in between Nutbag and Murder Set Pieces. It appears to represent the nightmares of a little girl played by Jade Risser who also later featured in Murder Set Pieces.

Since it’s about the kid’s dreams, it consists of imagery involving scary adults (including Gunnar Hansen) and mostly has her running around in panic from her imagination’s versions of the Pied Piper. There really isn’t any story and it looks like an audition tape for Murder Set Pieces. LeAnn Clinton, one of the girls in Murder Set Pieces gets a role here too. 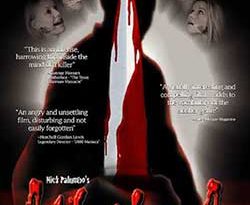 4 minutes of disappointment. 1 minute of credits.

This is by far Palumbo’s best work because it’s over in under 5 minutes.