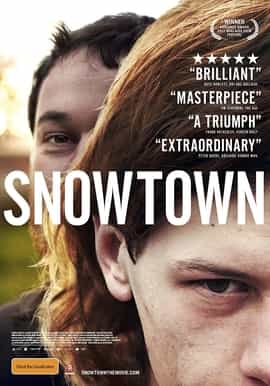 Plot – Spoilers:
This is based on the Snowtown Murders that occurred in the ’90s.

Jamie lives in squalor with his mother and several brothers in an Australian suburb. His father and half-brother occasionally drop by, and unintentionally remind Jamie of the hopelessness of his own future. But his future is the least of Jamie’s immediate concerns. His mother’s poor choice of boyfriends leaves him and his younger brothers open to abuse, and he’s also got a nasty older brother at home.

Into their world walks in John, who seems worldly-wise and immediately takes on the protector role. John is aggressive while being protective, but he also breathes life into their world. The kids now eat regular meals, and his culinary skills are among the many things he seems smug about.

As the months roll by, Jamie is drawn further into John’s world which is mostly that of a pedo-hunter – for this, they rely on a crossdressing pedo who rats out other pedophiles.

Random Thoughts – Massive Spoilers:
The real John Bunting was abused as a child, but his actions later on in life seem calculated. Him targeting pedos seems like serial killers who went after prostitutes – a convenient way to get kills in, while minimizing interest from the law.

Jamie’s actions too leave you confused – for all the abuse and desensitization – can you fully sympathize with him?

I went to the same school as Jamie Vlassakis. He was on the badminton team.

Lots of people think Australia is the promise Land and everyone is happy here and having a good time, but in fact lots of abuse going on here on a daily basis, life i as Very boring and restricted, work pressure is killing and heaps load of Junkies fucking around every day. It’s not any better than any other country. You need to live here a decade to realise that.

Also I forgot to mention how fat, useless and ugly women are here. As if there was a criteria at the border to let in only rubbish ones.

I thoroughly enjoyed that film but I don’t know what this says about me but I had to take my headphones off and look away when they shot the dog ( did they do it? ) and when they chipped up the poor kangaroos can’t stand seeing animals hurt…and yes to the troll boys who hang out around here I’ be been vegetarian for over 40 yrs!lol?
I just read in The Guardian’s review of this film (a really good review) that the young actors in this film ( including the boys mother) ALL had no acting experience and actually lived in that housing associations housing estate
.Apparently emergency services have to get protection sometimes to attend emergencies for fear of attack by gangs.Just brought to mind driving years ago in my old hometown in the UK & as I turned the corner I ran into a huge gang of shaven headed white kids throwing bricks at the poor firemen and wrecked their truck ,the guys had come to rescue the landlord of a local pub ..the kids had set fire to that too ! It shows that poverty & deprivation in disenfranchised communities….the problems are the same the world over ! Even look like the same houses !

a very good and controvers movie…..thank you very much admin!

“can you fully sympathise with him?” what kind of a thing is that to say? a joke? of course i fully sympathise with him, what decent human being wouldnt. he had no part in this other than the fact he was forced through threat, and some violence. he also knew what these men were capable of, and they could easily have turned him into their next victim had he not played his role as instructed at any point. they traumatized and ruined him. his empathy shows tears streaming down his face over and over, unable to catch his breath. he was never once complicit. desensitized? it all affected him so severely that at one point he was on drugs to cope. as far as i am concerned, he is completely innocent. his true nature does not even resemble those men.

Great film, 5/5! There’s so much shit going on that whole two hours felt like 30 minutes, Jesus this was awesome!

I can deal with the homophobia but leave the dog out of it.

All I have to say is that this was a very well crafted film.

should Jamie be released?

there is a movie i dont remember the name but maybe if i describe it a little maybe it would help if someone out there know it’s title. the story goes like this a brother or maybe a friend he is young and does surfing then the dad comes home and find this guy doing bad things to his little child daughter then he takes him to basement and torture the shit out of him. i really liked that movie so much potential in it and i hate pedophiles to blood. and if i catch monster like that in real i will do the same to him or her if they wronged a child. children is sacred and flowers of our future. and there is a similar movie like the one i talked about too were to couple lose their child to a child molestor and they also torture him at basement but turn out to be the wrong guy. nvm the first movie i talked about is this haha i jumped to conclusion before i gave the movie some time to reveal itself hahahaha

Daniel Henshall (who plays John Bunting) is perfect for this role. Truly frightening. Good movie. Recommended. There is a documentary about the Snowtown Murders that is more frightening and graphic than this film.

Man, I really wanted to like this movie, but I just found it really boring. I can definitely see why people like it though.

so she finds out that her ex did some fucked up shit to her kids and freaks out then a new guy show’s up with a motorcycle and she just pops her kid on a motorcycle and let’s him drive away with him what a great mother. ha ha ha shoves the kids head lol.you had your dinner now fuck off i’m fucking dying

There was a subplot based on actual events, which revealed Robert and Barry as lovers in the past. It was cut, but it can be found on the DVD deleted scenes.
from the imdb page. would love to see it because we cant see much of robert wagner in this

Everything that punish pedo and rape it´s ok. Because punishing it´s where you can actually desensitize yourself and allow it to others

The only truth that this movie portrays is there is a small country town called snowtown and some murders were committed there, the rest is fantasy , the people were killed for their dole ( unemployment benifits ) . The reason I know is adelaide was my home town and I thought of the same idea, loners dont get noticed much , and loners usually have a back story, it’s just a movie very very loosely based on a true story

Why does everyone seem think they killed only pedophiles? A good majority of the victims were innocent people that Bunting picked out cause they looked weak or vulnerable. Bunting didn’t care about actual pedophiles, he just wanted to torture people regardless of what they did. Saying he did it to protect children was a complete fucking lie from a deluded psychopath.