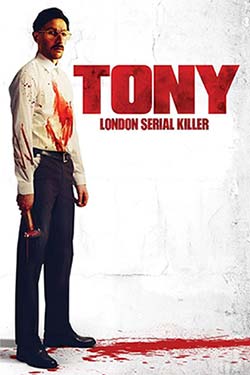 Plot – Spoilers:
Tony is a lonely unemployed man who lives in a council apartment and spends his time at home watching action flicks of the likes of Van Damme and Steven Seagal. He indulges in stilted conversations with strangers on the streets, but rarely receives even an acknowledgement of his presence. There isn’t anything obviously sinister about him until we are introduced to his serial killing side when he awkwardly hosts a couple of junkies at his place. Tony disarms his victims with a meek personality that appears to be pathetic and a bully-magnet before catching them off-guard when they least expect a threat of violence from him.

One of the scenes in the movie has him waking up with a dead man in bed and offering him breakfast. So more than being a movie about a serial killer, Tony is a slow-moving but great story of a terribly lonely man letting out desperate pleas for companionship. Sure, there are millions of lonely people and almost every one of them doesn’t go around killing people. In this respect, the film doesn’t really offer moral justification for Tony’s deeds, but instead allows us to follow one such character through his daily routine.

Favourite Scenes:
1. The plaster lady scene:
Though you’re tempted to think there is danger looming over her, you instinctively feel her politeness will ensure she’ll be fine. In fact, her chat with him is in stark contrast to every other interaction he has in the movie where he is ignored, bullied or taken advantage of.

2. The gay prostitute:
The conversation with Tony is painful and you can see him trying to hold his patience together as he appears hell bent on getting something out of the time he has already invested into their rendezvous.

Good one, sort of like Dahmer, the British Tony is an awkward, lonely, socially inept man desperate for some connection with other human beings, but most of them turn out to be shitty people anyway. So, despite his horrific deeds your sympathy is more with him than his victims. He’s not that frightening but you know what he is capable of. Well-made and well acted.

bravo well done… I enjoyed this one. a few scenes dragged on, but in all still good enough to keep you watching. I’m waiting on Tony 2… THANKS AGAIN EFFEDUP

Liked that one very much. Very good take on that serial killer topic.
Loved how they captured the loneliness and alienation of Tony. As a viewer you are constantly thinking about the events that might get him that way.

Honest chap, impeccable foible. Rather partial to this film, much gratitude EUM x

On second viewing it still holds up very well. For me it has a charm because I know and have been on many of the streets he wanders and met many of the charactors he has met. The nostalgia of prostitute cards, dvd sales people and baked beans on toast (the most balanced meal you can ever have) all add to my comfort. Plus he really does only kill people who are taking advantage of his good nature. The nice ones all get a second chance.

Good flic. The rest of Gerard Johnson’s movies are also good, and deserve a spot in anyone’s effed-up movie list