Plot – Spoilers:
The Virgin Spring is set in 13th century Sweden and follows Karin, the young daughter of a farmer. Heavily indulged by her parents, Karin wakes one morning from an evening of partying where she was the cynosure of all the men in the village. She now has the ritualistic task of carrying candles to church, which she agrees to, provided their servant Ingeri accompanies her.

Ingeri is pregnant and bitter about it, as the father of her child (a local man) has dumped her. Worse, he was seen showering attention on Karin the previous night. Having grown up in the household and seen Karin trumped up as the epitome of beauty and virtue, she resents her, especially now with the mark of shame that she carries in her belly. While the farmer and his wife are devout Christians, Ingeri reveres Odin and wishes evil on Karin to ease her resentment. Eventually, she gets her wish and The Virgin Spring turns out to be the classic precursor to the rape & revenge genre.

The 13th century setting of the Virgin Spring is due to its roots in a medieval Swedish ballad. Similarly, The Last House on the Left movies were in turn inspired by it.

The theme of Christianity and guilt is strong here, and not just at the ending. For example, when Karin continues alone into the forest after Ingeri pulls out, she is confident that the Lord will protect her as she’s on her way to church.

Favorite Scenes:
As a movie, The Virgin Spring can seem dated at times to modern viewers despite scenes of great beauty like when Karin lies about in bed indulging in pampered chatter with her mother. But the real magic and style kicks in once the Dad sets out on revenge – if you’re willing to put aside the ordinary action scenes of revenge, and instead admire the aesthetics that the bleak countryside offers. 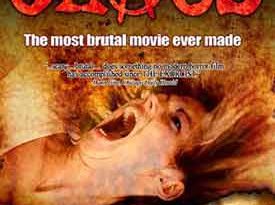 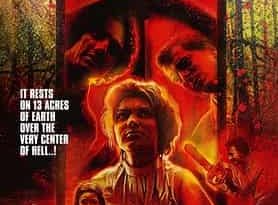 A classic by one of the greatest directors of all time – Ingmar Bergman, starring Max Von Sydow, who later performed in the blockbuster movie in the title role as “The Exorcist.” 5 stars all the way.

P.S. – Spoiler Alert – I was glad when the father killed the young boy. The little asshole totally deserved it.

lucky to find this here