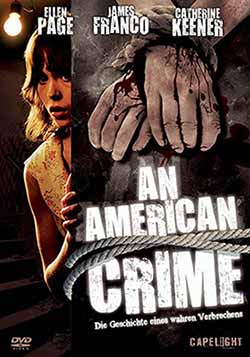 Plot – Spoilers:
Teen sisters Sylvia and Jenny Likens are placed in the care of single mom Gertrude Baniszewski, when their parents decide to go on a carnival tour. Gertrude is vaguely known to them from church and the parents trust her given her clean social image as a struggling mom with a brood of kids.

Gertrude who is asthmatic and often on medication, struggles to run the house on the odd ironing jobs she hustles in the neighbourhood. Things however roll along pleasantly for a while. The first signs of her cracking happen when the Likens’ weekly cheques don’t arrive on time and the sisters are taken down into the basement for a whipping. Gertrude seems sad about beating the girls, almost like such a rule was set in stone, and she was merely following it. And so, the girls don’t take it too bad. But things begin to go weird when one of Gertrude’s daughters, Paula, accuses Sylvia of spreading lies about her in the community. Sylvia is then subjected to weeks of the most horrific abuse – horrific because Gertrude’s kids and the neigbouring kids are encouraged to participate.

This is the second movie to be made on the torture of Sylvia Likens, the other being The Girl Next Door. Oddly, both movies came out the same year, 2007.

So why did Gertrude do what she did?

Is it as simple as she was mentally unsound?

Or could it be an ageing vain woman with grown daughters feeling her irrelevance to men, finding succour in bullying a helpless and meek pretty girl who is not her own, thereby making it easier to justify the brutality to her own guilt?

One aspect that repeatedly comes up even during the court proceedings is how meek and accepting of her punishment and torture Sylvia was. This makes it more understandable as to why Paula thought it ok to lie to her mother about Sylvia telling everyone Paula was a slut. It’s almost like Paula was drowning out the noise of being knocked up and discarded by directing everyone’s attention to the crimes of an easy target.

Catherine Keener and Ellen Page shine through, with Keener’s performance being so powerful, that during the final scene where Syliva dies, you can’t help but feel the urge to club the disease out of her nasty head.