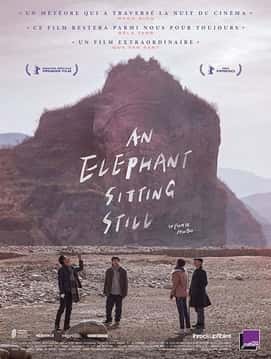 Plot – Spoilers:
A 4-hour long work of mastery capturing a day in the lives of mostly miserable characters living dreary lives in a Chinese province.

A few teenagers study at a school that’s soon to be shut down and their futures aren’t predicted to be anything beyond becoming roadside vendors. The Vice Dean of the school has seduced one of the girls and inexplicably, sees a personal future that’s better than that of his students. A couple of the boys have the immediate concern of dealing with a bully who’s accused them of stealing his phone. The bully’s brother is a feared gang leader who is also world-weary, having just witnessed his friend jump off a balcony after he slept with his wife. An old ex-armyman is being pushed into a depressing retirement home by his son.

In the midst of all their hopelessness, there’s the legend of an elephant claimed to be a sort of stoic monk. This elephant now becomes an aspirational figure for several of the characters, as they get convinced that nothing about life really changes. And as night draws, all the characters will cross paths and affect or depress each other furthermore.

Unfortunately, we will not see any more from director Bo Hu as he killed himself shortly after completing this film.

Absolutely superb. I’m really depressed about the fact this guy won’t make any more movies, it looked like an iconic voice was being born.

He comitéd suicide with only 29.
Only 1 movie.
I think he was a visionar.
Rip hu Bo.

Hu Qian was theoretically quixotic and chimerical. This film elucidates affectivity with a profound obeisance.

enjoyable, but it got difficult to pay attention to; 4 hours was a little excessive in my opinion, but it was worth the time to watch at least once.