Plot – Spoilers:
In Switzerland, a young medical student Herbert West is accused of attempting to revive his dead professor using a serum he invented based on the prof’s research. After some time in therapy, West arrives in the US to continue his medical studies and joins the class of Dan Cain. Dan is a brilliant student who is seeing the dean’s daughter Megan and kind of has his life chalked out. But after meeting West, Dan feels himself paling in comparison and starts fanboying much to Megan’s discomfort who finds West creepy. There’s also a famous surgeon and inventor Dr Hill at the med school who dislikes West after he called him out as a fraud and plagiarist. When he’s not hating his students, Hill is busy lusting after Megan and waiting for the right moment…

Favorite Scene
After Megan is brought in by her zombie Dad, Dr Hill’s head watches her with rising pleasure and eventually gurgles out bubbles of lust through the blood in the tray. 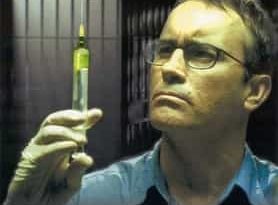 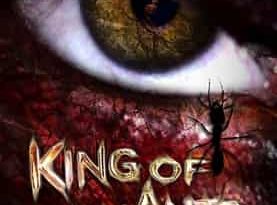 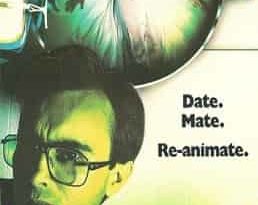 Hilarious movie, I lmfao when that severed head on the platter started talking. A golden oldie.