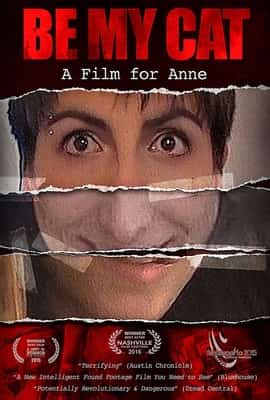 Plot – Spoilers:
Adrian, living in Romania, is obsessed with Hollywood actress Anne Hathaway after seeing her as Catwoman and wants to impress her into acting in his film. For this, he convinces three Romanian actresses to star in his movie as a sort of pilot for Anne to judge his talents. And as the clincher, he decides to make it a snuff movie.

Random Trivia:
Edit: The following is said to be inaccurate by the director in the comments section.

The scene where Sonia calls the police has been claimed by the director as having actually happened. Apparently, the actress started to panic that things were turning too real for her.

Speaking in Romanian was the pre-agreed safeword between director and actors and there’s one more scene with Sonia, where she’s tied up and breaks out of character, shifting to Romanian.

Similarly, the men who turn up in the basement were also real neighbours.

Yay, this is present! I remember searching for this movie on this site about a month or two ago. Can’t wait to finally watch it!

This snuff film is supposed to be fake, but the actors got to a point where it was too realistic and tried to get police help.

type in sonia teodoriu on google and an image of the guy and the actresses comes up taken at an event after the movie was made.

Thanks for the plethora of new movie uploads lately admins:)

Hmm, where to begin… this film had the unique attribute of being very cringe while at the same time being very boring af. Meh camera work, not in the aspect of some shakey cam synonymous w found footage, but just very basic and one dimensional. Also, if our protagonist would’ve never repeated any of his lines, the movie prbly would’ve been a ½hour long, lol.

On the plus side, sound n lighting was decent(for what it was), and the ending was kinda unique and oddly happy/funny. If u enjoyed this film tho, n want to watch a FF ‘snuff’ film like this that u prbly never heard of, do a search for ‘slashervictim666’ n watch his film titled Reel, which he has posted for free. Still kinda sucks but vastly better than this, w a brutal ending. If ur into FF that is.

I’ll give the film a 3/10, bc the ending was kinda suprising and refreshing (esp compared to the rest of the film, which was tough to keep interest in), imo. I could tell the director was having fun making it, which is nice I suppose. A labor of love maybe? I COULD NOT stop thinking how this films plot was kinda like the one in Borat;)

Thank you admin for all the movies!

I.m from Romania so it was nice to see a movie from my country.

The funny part is that the director (Twitter, YouTube) is still promoting his movie
The beginning was actually pretty good no joke, and I love how he constantly tells the 2 actresses to « fix the problem » or something like that, you know they’re not going anywhere, all confused X)
Refreshing, better than the 2 last august underground movies imo
Snuff film really need to be original, a bit of weirdness and some gore maybe.
Well anyways thank you!!

the director of this will follow u back on lebbertoxd if you give this a good rating LOL but i did actually enjoy it i think it is fun. recommend if u like pseudo snuff/found footage and are willing to not take it too seriously

As a romanian, i’m so fucking glad that i’ve discovered a movie like this on this site. I didn’t know that we could have this type of culture. Felicitari!

The movie’s director here. The trivia is not accurate. I never claimed that a scene went too far or that the actress panicked and called the police because of that. Also, Sonia did not break out of character in the scene where she’s tied up.

I do not believe in manipulating audiences as a way to draw sales, I always made it clear that the movie is entirely fiction and never tried to present any of the scenes as genuine or “too far gone”.

Okay first of all.. i love this site.. thank you 🙂 secondly as a person who watches alot of found footage i can say this is definitely an excellent film most found footage loses you in how boring the characters are after 5 mins.. Adrian is strangely likeable and holds your attention.. my only dissapointment was with the end the more gore the better for me.. but that doesnt take away from it being a good example of a FF movie well done 🙂 Also while the ending of ‘Reel’ is brutal.. the rest of the movie is kinda meh.. you stay only because you know its building up to something.. Be my cat keeps your attention from min 1 imo 🙂

based on bjork stalker?

It is very rare that I don’t/can’t finish a movie… but this is one of them. The directer is obviously barely a step above Karl in “Sling Blade” if he’s more interested in creating silly controversy and sitting here and giving himself 5 stars over and over and over… Maybe if this idiot spent this much time and energy on actually making a movie instead of trying to manipulate views, he’s produce better films. But I doubt it. I mean the guy even looks like Karl. And frankly, the movie really and truly sucks. And that is for sure and for certain.

One star only because I can’t give this moron zero.

I think the basic concept is there, with a bigger budget could’ve been something but it’s clearly fake, a truly mentally disturbed person would film all of what he is filming, the blood would be darker in color if this movie had any real element to it. Blood in large quantities is almost black, a dark red if smeared. also the women, as beautiful as they are, were simply not convincing enough, the first girl at the beginning was, at first. I just don’t believe any woman is naive enough to let a strange man tie them up for the sake of filming a movie at home unless you have a lot of money and/or dope on you! Also Chloroform does not react instantly unless you wrapped an entire towel on someones head soaked in chloroform, they also would wake up 15-20 seconds later and large concentration of chloroform would produce what is known as anesthetic toxicity which is why the skills of an anesthesiologist would be needed in order not to kill the person. I could go on but this movie could’ve been great if at least cow blood and guts were used at least, but it’s not, it looked like syrup.

THIS! I am sorry but hosing sidewalk chalk off my driveway before it rains would’ve felt like a more productive use of my time than watching this garbage. Boo.

The movie is fucking great and his character is amazingly awkward but still strangely likable. One of the best found footage movies with a unique approach.. i’m not sure what all the negative comments are about when lots of movies on this site are pretty terrible in comparison but hey its just my opinion

this is a frustrating movie to watch.

i think the main character is a really interesting subject. there’s moments throughout where i can see the genuine characterization that he cares very deeply about anne hathaway. that? is interesting! i feel like if we spent more time with that concept, with his obsession, how far that obsession needs to go, i would have enjoyed this more. as it is, i am kind of inundated with his interactions with the movie he’s making.

this falls flat for me because i don’t know why he wants to make this movie as much as i know that he wants anne to see it. but we’re told from the jump that he’s been working on it for years before seeing her in batman.

man, i don’t think of myself as much of a gorehound, but i really wanted this movie to be a lot gnarlier! show me a guts!!! reveal them from behind your hanging sheet! more blood! *shakes fist*

the actresses involved have really interesting performances. i think the two after sonia have great chemistry with one another, but when it comes to adrien, there is such a disconnect. i get that he is unhinged. i get that when it comes to that, his intonation and cadence isn’t going to be what someone might regularly expect. i find myself really aggravated watching him talk, listening to him talk and repeat himself and have such a weirdly jokey tone with every piece of dialogue.

we are hammered on the head with every fucking plot point. the point where he realizes he’s basically his own character; we do not need to spend this three minute scene repeating over and over that he’s ready, he’s the character.

these quirks in adrien’s character aren’t… the worst possible thing. i feel like if you set us up to like him a little more, introduce us a bit more to why he’s like this, i would be a little less harsh on him. as it is, i find him just kinda fuckin’ dorky.

i find myself comparing him to the protagonist of human centipede 2; adrien’s clearly a weird guy, and i think there’s a treatment of him in these last twenty-ish minutes that feels like he’s got some kind of confidence. while story-wise, this makes sense, it doesn’t feel earned. like in thc2, he’s got an obsession, and he wants to see it through, but he doesn’t feel appropriately self-pitying? we have a reason to pity martin in that movie. he’s a little fat fuck creep but he has NOTHING going for him.

adrien is compelling, but not compelling enough. the scene at the end here he’s telling alexandra about all of his problems, it’s shoehorning so much into such a short amount of time. us learning his fear of leaving the town at the end of the movie puts things in context but jesus, man, we had like a whole movie’s length to deal with this.

the end, as i’m watching it, kinda pisses me off because i? sure, let’s leave your one witness alive?

this movie has a lot of promise and i don’t think i’m the audience it’s meant for but cheers regardless. thanks as always eum!

lol this guy making this shitty movie is a fucking retard that clearly just came out of the pshyco asylum that poor girl that had to find herself in that shit i really feel sorry for her!!!!!

Only available on us streaming services, once again glad that this movie is on here

Such a stupid movie…

I liked this movie it’s good and creepy. It’s something different.

The movie was very realistic at times because of the acting, but sort of uneventful still. The ending was pretty tense though since I didn’t know what’d become of the last girl.

That was fkn hilarious … So cringey to the point it was comedic. I would probably watch this again one day when I’m off my head.

I quite liked the movie. Even though there was not much going on throughout it I liked the way the main character was just in his own fantasy world justifying the bad things he did by saying it was for the film. He truly was psychotic and I love those kinds of characters and find them interesting. I liked how the actress alexandra used his craziness as a means to spare her life and the ending kind of felt happy.