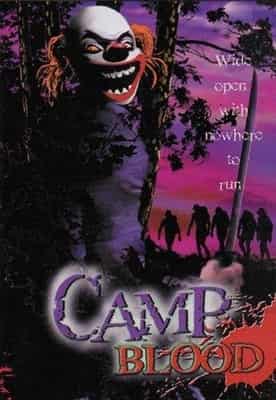 Plot – Spoilers:
Two couples with nothing better to do head into the woods looking for a campsite called Camp Blackwood. When they get there, their hired guide is nowhere to be seen and the site’s name has been repainted to Camp Blood.

The guide turns out to be a tough woman called Harris who emasculates the two men before eyeing one of the girls. Later in the night, a clown-masked killer who’s been after folk that stray into the woods, kills Harris before chasing the group through the woods.

Camp Blood is a series of plenty of movies. This first one in the series is recommended only if you have nothing else to watch.