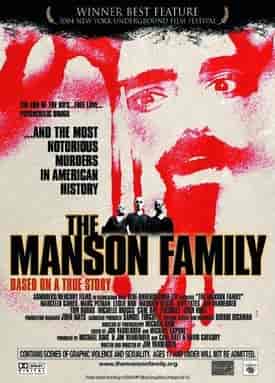 Plot – Spoilers:
The Manson Family follows the wanton lives of the Manson family on a ranch and the lead-up to the murders. This story is presented as a documentary being prepared by a TV producer to mark the upcoming anniversary of the events. The parallel story follows a group of junkies who have been keenly following the producer and have plans for him.