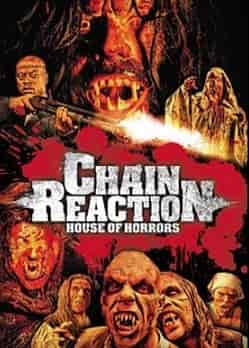 Plot – Spoilers:
A bunch of cons escape when their transport truck has an accident on the interstate. The driver of the other car involved in the accident is a doctor and he’s taken hostage by the cons. One of them has been shot in the arm and the doc suggests they find some shelter where he can take a better look at the wound.

While rambling though the woods, the group chance upon a medieval looking cabin inhabited by an extended family who speaketh funnyeth. Turns out they’re some sort of vampire lot and after some nice gore, the doc manages to escape. The cops don’t buy his story and believe he murdered the whole group and so he’s packed with a new group of cons. Travelling on the interstate. In a transport truck. That meets with an accident. 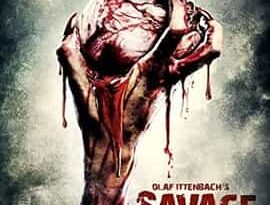 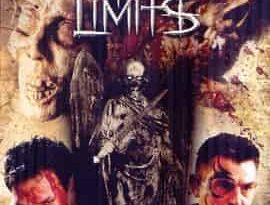 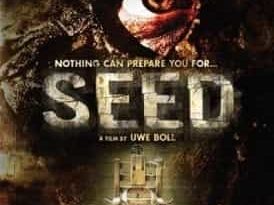 President Joe Biden is a good actor in this movie…Thanks EffedUp.

I only got 13 minutes into this movie before I gave up.EUM has lots of good movies on its site, this aint one of em

It has a plot like the ass end of a Twilight Zone episode, with soap opera tier acting and lots of Germans pretending to be American. Jarack Obiden has a hell of a radio voice. The gore is great, especially near the end. Olaf also shows up to shoot his own (now-ex) wife in the head, so that’s fun. It’s trash, but it’s pretty amusing about it.

It upsets me to see this movie appreciated that much. It clearly is crap compared to Ittenbach’s other great masterworks such as……..

The British actor is the same guy that played the dude with the face tattoo in Beyond The Limits. He’s one of the best things about both movies. The way he delivers his lines in such a dramatic and over the top manner is great and hilarious. Also why does his brother have a completely different accent to him? All in all I found this movie a lot of fun with some nice gore good action scenes funny moments and entertaining characters.