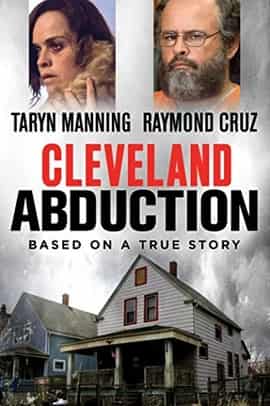 Plot – Spoilers:
Based on the Ariel Castro case.

Michelle is a 21-year-old single-mom who’s trying to make sure her son doesn’t end up in foster care. On her way to court, her friend’s dad offers her a ride and Michelle spends the next decade locked up in his suburban home.

For a TV movie, Cleveland Abduction surprisingly holds strong while taking on its subject matter. The choice of a 37-year-old actress to play a 21-year-old is initially jarring, but to Taryn Manning’s credit, she does put herself through some physically challenging and harsh moments. The real Ariel Castro claimed to have never planned the kidnappings and just went along with his seemingly crude plans, hoping to stretch his luck as far as it would go. And that’s probably why he set up fake escape opportunities early on, because he thought his luck would bail on him and a real slipup would happen – by beating fear into his victims, they wouldn’t even bother trying.

why would a laundromat care about whether you graduated highschool or not? that’s ridiculously asinine.

I cried so much. What a sad story

And the caretaker of Michelle was soo sweet with her

This movie broke my heart an made me cry so hard. I am so proud o f then 3 girls!!!

I loved this movie sad but the best ending. She an amazing actress.

I never thought I would see a lifetime movie here.

wow this guy hung himself a month into his sentence…. got off way too easy