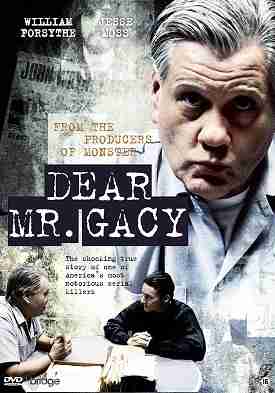 Plot – Spoilers:
18-year-old college kid, Jason Moss has grand ambitions for his term paper. He’s cocksure about his guile and is convinced he can get imprisoned serial killer, John Wayne Gacy to bare his soul to him. For this, Jason is willing to pose sexily for Gacy and even indulge the latter’s perverse fantasies over the phone.

Everyone around Jason insist on reminding him that John Wayne Gacy didn’t get to 30+ kills without certain dangerous skills. But to Jason – Gacy is in a faraway, secure prison. What better Kevlar gloves do you need, to keep playing with fire…

Dear Mr Gacy could easily be dismissed as another one of those TV movies. Until you actually see it. 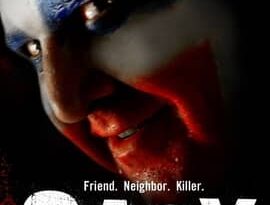 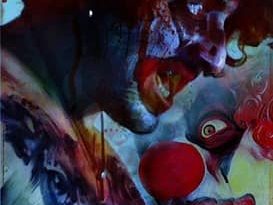 Another good one… not as effed up as some, but still pretty good. William Forsythe is a really fine actor and does a great job here. Something I’ve grown to expect from this guy.

I have always had a fascination with serial killers, mass murders, spree killers and the like. So much so that I spent my college years studying abnormal psychology. I have written to a number of them, including Gacy who was the only one to respond to my letters. The day after his execution, roughly 5 days after I wrote him, I received a xerox copy of a fried chicken recipe with the initials “J.W.G” on the bottom left corner. Oddly enough, it’s a recipe for Kentucky Fried Chicken, being he apparently managed a franchise at one time.

His house on Summerdale Ave. in Des Plaines was torn down, the lot subdivided into two, but neither house has Gacy’s old address. Between the two houses is a large concrete pad that serves as the driveways and garages for the two homes with a half basketball court between. This is where Gacy’s house actually stood and where the bodies were discovered.

The tension is great here. I really enjoyed Thanks EUM crew.

William Forsythe is the only good part of this….movie!
That’s all folks!

thought it was ok, William Forsythe is always good. What is the tune at the closing credits?

i really enjoyed this one, some deeper take on gacy. something i need to get for my movie collection.