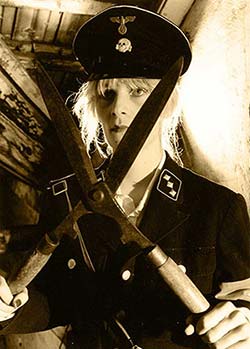 Plot – Spoilers:
A slightly surreal take on death, mostly suicide, from the director of Nekromantik.

Der Todesking consists of seven shorts named after the days of the week. Other than the overlying theme of death and a recurring body in varied stages of decomposition, the seven stories are not inter-connected.

Music is an integral part of the movie and is quite brilliant especially the soundtrack to the decomposing body. Some of the more interesting scenes include:
1. A long continuous rotating shot of a room with a man doing different things at different times of the day. Lots of rehearsals probably went into this to make sure the actor got his timing right.

2. Two sexy female Nazis cutting off the cock of a prisoner with shears.

3. A disgruntled boyfriend watching the above scene, then shooting his girlfriend and framing her splatter on the wall as a photographic memory.

4. The philosophies spoken by the mass-murder woman are eerily current in our times of mass shootings. 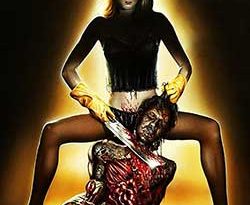 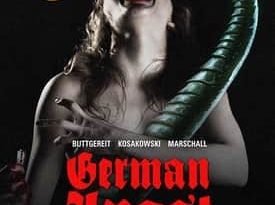 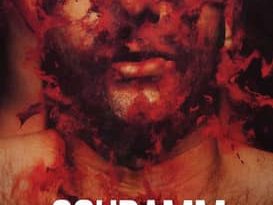 More beautiful than effed up.

Possibly one of the dumbest, pointless movies I have seen for a while. Sorry, did not enjoy it at all.

The young man choosing to commit suicide by carbon dioxide inhalation was heartbreaking to watch. I found these features mesmerizing.

Guaranteed this movie has the best theme track of any movie on this site.
Don’t @ me. 5*

the woman that was watching the couple kissing was pathetic and you can tell she never cleaned those damn windows.the movie was boring as shit and i regret wasting my time on this bullshit

serious SERIOUSLY
WTF
Not for me
Only decent scene was the penis removal…..

The rotting body effects are very good, the cracked skin, bones and maggots are too detailed.

Serious contender for one of the worse movies ever made!!!