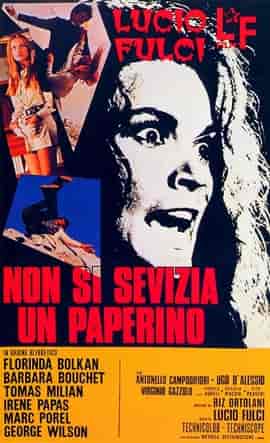 Plot – Spoilers:
In a southern Italian town, the kids roam the vast countryside and hills looking for adventure and anything that titillates their blooming sexuality. Their world is dotted by several colorful characters:
A bored and rich city girl contemptuous of the villagers’ outlook, but who has a special narcissistic interest in the young boys.
A young priest obsessed with preserving morality in the town and who tries to keep the boys engaged through their shared love for football.
A crazy woman who lost a baby years back and is now believed to be a witch. She too has her eyes on the boys as they trespass into places she considers sacred.
The village idiot who’s often bullied by the boys.

And then someone starts killing the children. The village idiot is picked up, but the case doesn’t seem convincing enough….

One of Lucio Fulci’s best and his breakout into the gore/giallo genre, of which he would become one of the masters. Great ’70s Italian music too, memorably used in a violent sequence. 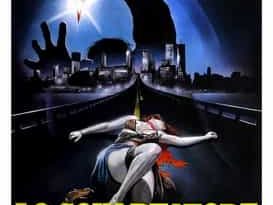