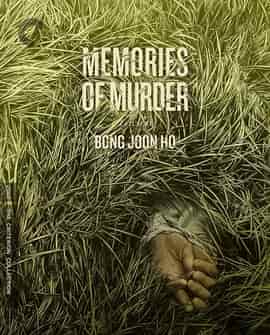 Plot – Spoilers:
In the mid ’80s, women are turning up gagged, raped and dead in South Korean fields. The police don’t have much experience with tracking serial killers and much of their knowledge comes from American TV shows.

The two main detectives assigned to the case try their best to upstage each other – it’s a conflict between the more educated, snobbish city detective and the resentful, local detective who thinks the former is just a veneer of sophistication covering up for the inability to grasp ground realities.

Memories of Murder by the South Korean master Bong Joon Ho, is as much about a violent crime, as it is about the helplessness of detectives trying to crack something they haven’t been trained to do.

The film is based on Lee Choon-jae, believed to be South Korea’s first known serial killer, who killed from 1986-91. Ironically, he was identified only in 2019, 16 years after this film, though he’d been in prison since the mid-’90s for the rape and murder of his sister-in-law.

Ah, I watched this film about 2 weeks ago in cinema. Brilliant work as you could possibly guess. Doesn’t have happy ending nevertheless I enjoyed it.

I actually liked this, idk why
Yes it’s a relatively slow movie but unlike those other ones I enjoyed it, a nice mystery with strange characters and scenes, some brutal ofc. Thank god it has nothing to do with Kpop, this movie made me appreciate Korea (not like what mainstream media shows us)
Thank you

This is the best website, thank you guys so much such little time so many movies.

Interesring film. i enjpyed it. Thanks

Kinda slow at times but very emotional, with watching….. as always great movies right here, thanks again Effedup………… BTW; How may i post a request?

A straight up masterpiece this week, thanks Effedup! Haven’t seen this in years but I’ll definitely give it a watch now.

Since most of this directors work is widely acclaimed, I guess you could u call em… hits from the Bong?

Thanks for the new film admins, interesting choice!

Couldn’t remember if I had seen it(I hadn’t) so I watched it anyway. The story, acting, lighting, and cinematography (esp the fields n around factory at night) were all great I thought, and the film held my interest throughout (at varying degrees). I didn’t find it ‘long’ either since it seems like many Korean films r over 2hr now anyway. It kinda made u get a sense of how things must’ve been much harder for law enforcement b4 the advent /widespread use of DNA. Also seeing the political protests occuring during that time the film is set in added quite a bit of realism. Made me want to learn more about it:D I also enjoyed how they chose to end it, as I imagine coming up w a good open-ended /cliffhanger ending could b tricky to accomplish, while still having the audience kept happy. I didn’t notice much of a score to the film tho now that I think about it…

However, what I find mildly irritating about this film(and some of the his others) is the director needed to pick a damn tone instead of going from serious→ mindless→ Laurel & Hardy bumbling bullshit²→ thought provoking/poignant→ serious. Rinse-n-repeat the cycle. Some films don’t know what they want to b in terms of plot/story (Martyrs, ehem); this film didn’t know what it wanted to b in terms of tone.

Other thoughts, all imo of course, were: Very 1-dimensional paper thin characters that needed to b fleshed out, have some background, etc. I kinda didnt care at all what happened to most of em honestly, except for protagonists gf n student at the very end. And the disabled kid. So wait, a film that at one turn wants us to identify with the cops, their frustrations, n hopelessness of it all, despite the aforementioned circle of bumbling/dark humor bs, while at the other turn only really makes u ‘feel’ for n give a shit about the victims/ancillary characters. That’s kinda another example of the whole tone clash I brought up, imo.

I think this film prbly coulda been an 8-9 easily for me, but honestly I’d feel like I was lying to myself (and u) if I gave anything higher or lower than a 7/10, due to what I’ve listed. Still a good hit from the Bong tho;)

It was a really good movie. And it shows the reality of the situation, and that is that most of those murder cases with serial killers and all that stuff, most of the time, ends in nothing.
There’s a lot of dangerous individuals and serial killers out there, doing their fucked up stuff, killing and raping women and young men in other cases, and get away with it, because the police never get them. Or, if they manage to get them, is after a big chunk of time has passed.

So many sick fucks in the streets, and worse these days, online looking for victims. Terrible.

Absolute masterpiece! Very stunning to watch how both the detectives shift their approach towards solving crimes and the last scene adds a mesmerising twist and open end to the film.
will definitely rewatch this in the future!

Flim with great twist. Love the open ended ending which makes this flim so unforgetable.

Such a historically redolent evocation of the serial killings that plagued the rural South Korean city of Hwaseong between 1986 and 1991, Bong’s 2003 masterpiece defrosted his country’s most notorious cold case by looking back at it as a damning microcosm of life during autocracy, and as a symptom of the powerlessness that can seep into the general population of any country whose government only cares about preserving its own tenuous control of them. Unsupported by a futile national police force that devoted the majority of its manpower to suppressing the student rebellion that had risen up against Chun Doo-hwan’s oppressive regime, and kept in the dark (sometimes literally) because of despotic policies on both sides of the 38th Parallel, the kick-happy Keystone Kops driving the film’s tragicomic investigation naturally into a dead end.

Good movie, for 2003 high quality of filming. I loved that they focused on one town and for instance not giving views of Seoul of America. Thanks to that the places where they went feld very familiar. Overall 8/10 movie

Really you guys? 4.4 stars on 71 votes for this piece of shit? MASSIVE SPOILER – This movie sucks!!! Longest, boring criminal investigation with bumbling idiotic detectives. It’s pretty much a goofy comedy with really shitty acting. You guys have lousy taste in movies. This is exactly why I hate Asian cinema. I guess you guys give every Asian movie 5 stars. I’ll give it 1 and that is being generous. This one really sucks.