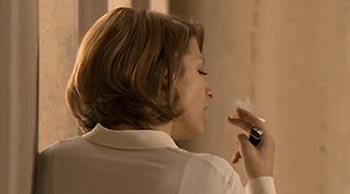 Plot – Spoilers:
El Metodo is a taut psychological thriller that keeps you engrossed despite all the action taking place indoors and mostly within a closed conference room.

Seven eager candidates for what appears to be a very lucrative job are seated in a conference room. Each of them has a monitor on the common table through which they receive instructions from the interviewers. The claustrophobia of the closed room and the mistrust and competition among them increases the challenge and stress of the interview process, threatening to crack open their corporate-honed demeanor. A sarcastic and at-times menacing secretary adds to their confusion as they are subjected to psychological games designed to eliminate the candidates one by one.

Cliques emerge and disintegrate once the immediate objective of eliminating a candidate has been achieved. In the end, they must all question their own moral consciences and reflect on whether a career and job is all that matters.

Favorite Scenes:
There are times within the movie that you sit back with wonder when you realize this is a conversation-driven film and yet your attention hardly wavers.

1. The scene where Carlos and Nieves bully Fernando. Carlos and Fernando have had simmering issues previously. Here, Carlos senses a sexual pressure point in Fernando and starts performing for Nieves as Fernando gets more and more unstable. The presence of a laughing woman heightens Carlos’ sexual puns and Fernando cracks.

2. The competition of fertility between Ana and Nieves also stands out. It’s a shocking yet unbeatable trump card that Nieves plays and Carlos becomes her spokesman as he spells out the finer details.

3. The final scene too is interesting. It’s quite certain both were set on their individual objectives to eliminate the other, but Nieves was a little more vulnerable having just been reminded of the ticking of her biological clock by Fernando. There must also have been an overhanging guilt regarding the elimination of Ana on a similar point that pushes her decision to leave with Carlos. Her pause at the door seems like her savoring briefly the power she holds, despite by then being quite set in her decision. Carlos on the other hand never seems to waver even when he feels a twinge of regret after the lift doors close leaving Nieves outside. This scene also quite nicely captures how power can transfer from one to another in the span of moments. 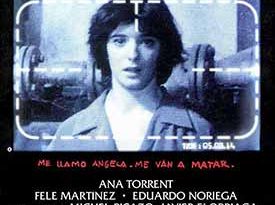 Nice movie but why its on effedupmovies? It was completely PG13.

very interesting movie! first half is strong, the middle is little slow and boring, but the end is strong as well. Solid 4/5 stars and one of my new favourites!
im still wondering what the shirt swap means though….

I’m still wondering why I kept watching this boring movie.

Boring! I´ve lost every single minute… I was hoping that this boring movie, at least ended with something interesting, but again… boring ending. I don’t understand what other viewers saw in this.

don’t understand why you found it so boring..