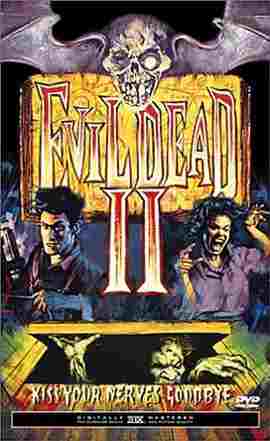 Plot – Spoilers:
Ash has moved on from his dead girlfriend with a new one, but still retains a fondness for remote cabins as a romantic getaway. This sequel to Evil Dead doesn’t waste time diving right into things. The makers also realized that Bruce Campbell’s character, Ash, was the only one that really mattered, and so in less than 7 minutes, his girlfriend has been possessed, decapitated and buried. What follows is more a gore comedy, than horror.

Random:
Bruce Campbell’s performance here appears to be the template on which Jim Carrey built his persona for several of his films and Jim most likely was paying tribute when he mimicked the possessed-hand scene in Liar Liar. 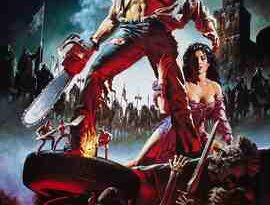 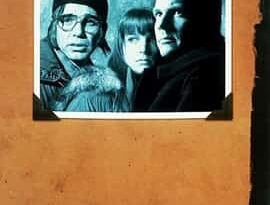 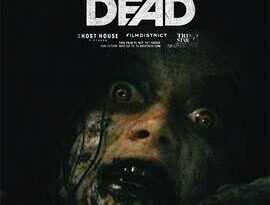 Ahhh a classic. Shame there was no handsome sidekick to carry it x

I think it was just Ash needed less of a pretext to indulge his psychopathic insanity . . . He lured his friends into that cabin in the woods with the intent to murder all of them in the first movie. That’s self-evident.

I think of this movie more as a remake of the original than a sequel. A classic either way. If you enjoyed this its worth checking out the series called Ash vs Evil Dead.

Just finished the first jumping right into the sequel