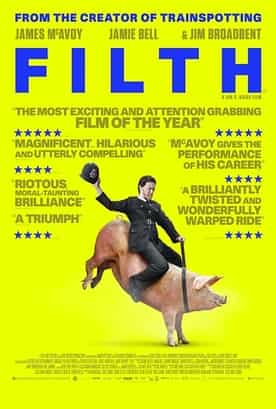 Plot – Spoilers:
Based on the Irvine Welsh novel, a Scottish detective Bruce Robertson is obsessed with becoming DI and looks at his competing colleagues as potential impediments to his goal. There’s also the motivational promise of a sexual reward from his mysterious wife if he were to rise up the ranks.

Bruce has no boundaries to his ethics as he manipulates and betrays his friends while hurling himself down an extremely self-centered road. Eventually the drugs, guilt and an overhanging event from his childhood begin to chip away at his sanity.