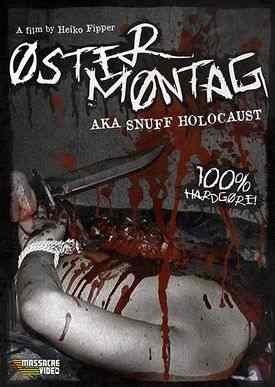 Plot – Spoilers:
An incestuous German guy Heiko loves his half-sister Fabiane who despises him. So when she’s not up to it, she sends her twin Nicole in her place to handle his sexual advances. At some point Heiko discovers this and decides to teach Nicole a lesson but ends up mixing her up again with Fabaiane and kills the latter instead. For this he is put away in an asylum from where he escapes to teach Nicole her pending lesson.

Ostermontag is a trashy German flick from the ’90s and some of the effects and acting early on can be putting off, if not laughable. But if you stick with it, things do pick up as it progresses.