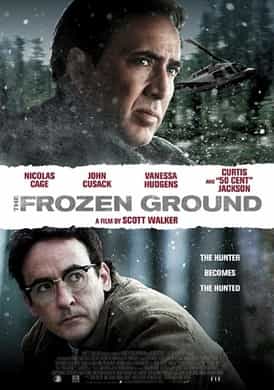 Plot – Spoilers:
A young prostitute Cindy is found handcuffed in a motel claiming to have been raped and tortured by Robert Hansen, a mild-looking baker. The police aren’t keen on taking the word of a hooker and let Hansen go, convinced this was a hookup that turned rough. But one of the cops is suspicious and mails details of the case to the State Troopers. Trooper Jack Halcombe is set to retire soon, but the prospect of nailing a potential serial killing case in the Alaskan cold, warms him up nicely.

Frozen Ground, based on real-life serial killer Robert Hansen, is more concerned with how the case against him was built and Sgt Halcombe’s relationship with Cindy, than it is with Hansen’s actual crimes.