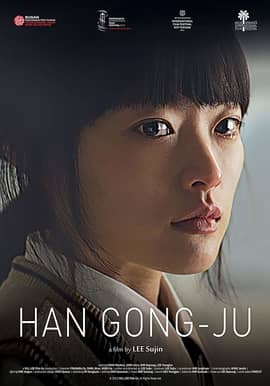 Plot – Spoilers:
Han Gong-Ju is transferring to a new school and is accompanied by her teacher who even sets her up at his mother’s place, despite the latter’s misgivings.

Since when did schools and teachers go out of their way to help a kid moving school? And what’s with Gong-Ju’s intense silence? The film takes a while to get around to addressing this, so if you don’t enjoy slow-moving films that try to dwell on the drudgery of post-traumatic ennui, maybe give this a skip. Otherwise, barring some awkward pop-idol scenes that stick out jarringly, Han Gong-ju is pretty damn good at what it sets out to do.

Genres: Based on a True Story, Rape-Sexual-Violence against Women, Teen-oriented

Massive Spoilers:
Han Gong-ju is based on the Miryang gang rape case. In real life, three school-girls were raped repeatedly over a year by 41 high-school seniors. The case was notorious for its insensitive investigation, coverups, victim shaming and the betrayal and lack of support from the families of the girls.

Hey admin, Najam here, 3rd of the 4 twin sisters.
. . . if I draw out a tune in my mind . . .
frustated with rapists – frustrated with blame the victim mentality.
I enjoyed this movie but it makes me want to hear
bandcamp, Rape Tape,
album 3 Прочь
track 2 Не верь

Korea has some tough to watch films. Haven’t seen this one yet. Silenced (2011) is one worth seeing, think that one caused some public outcry in Korea.

@Admin: It’s unfortunate you don’t have ‘Dogani’ (Silenced) on here. Another brilliant Korean film, produced by Hwang Dong-hyuk (Squid Game).
This is not a request, merely an observation. Thank you for providing us with exquisite, provocative cinema, such heterogeneity, and diverse synoptic genres.
Matti.

Hard to follow the story, mainly just a drama but there is some satisfaction in piecing it all together. Pretty good film, its engaging and moving but nothing particularly special. call it 7.5/10

Very good movie, this movie shows the traumatic life of a teenage girl and her trying to give these hard feelings a place, at the same time very depressing but realistic. 7.5/10