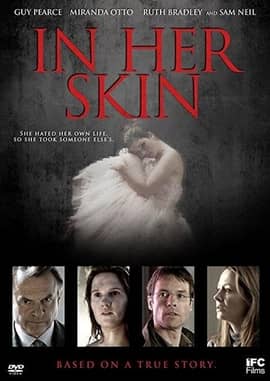 Plot – Spoilers:
15-year-old Rachel is happy with her life and forever dancing. A professional dance career even potentially looms. But maybe she’s a bit too happy. There are also people watching her and soon she goes missing.

Massive Spoilers
Based on the (Australian) case of Caroline Reed Robertson and Rachel Barber, In Her Skin is thematically kind of similar to Welcome To The Dollhouse. What happens when you have extreme low self esteem coupled with an insatiable, obsessive lust for someone else’s happiness? Could you squeeze their happiness out, pour it in a glass and drink from it?

Female killers in film are uncommon and maybe that gives this an edge, but In Her Skin boasts one of the best murder scenes going around. After watching Caroline being pathetic for an hour, her switch to orgasmic exhilaration is stunning, if nothing else.