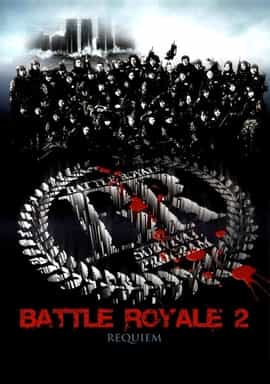 Plot – Spoilers:
Nanahara who survived BR1 is now holed up on an island, from where he coordinates terror attacks on Japan’s adults while wearing some kind of outlaw blanket.

A new BR program is conceived by the state, pitting a bunch of 9th graders against Nanahara’s lot. The prominent ones among the newest gamers include Kitano’s daughter who’s out for revenge, and Takuma, played by some guy who has a thing for crinkling his nose and shouting while being generally ineffective. Similarly, in Part 1 the actor playing Nanahara had plenty of places to hide among the more interesting characters, but here he stands exposed as a massive ……

The opening half hour replicates the first one, but without the weird charm that Takeshi Kitano and the tutorial-video-girl brought. And while Battle Royale 1 had its share of teen/young-adult bait, this one still feels like a clumsy teenybopper version.

The cut featured here is the original theatrical release.

Apologies to any diehard fans – didn’t like it 🙂 except for the exploding-head rugby moment. 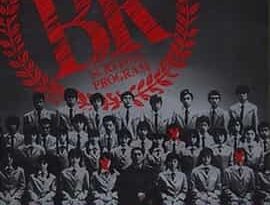 I remember being excited to watch this and thinking ‘Meh!’. Nowhere near as good as the first one