Plot – Spoilers:
A teenager Lilya has grown up in the post-Soviet squalor and decay that her town has to offer. So she’s buzzing when she hears that her mother will be leaving for the United States to join her boyfriend whom she met online. The images of the US that Lilya has been exposed to, promise a far better and exciting life. But a few days before they’re due to leave, her mother tells Lilya she won’t be coming with her. The shattering of Lilya’s dreams from here is slow but sure, and she eventually starts selling herself when the bitter cold and lack of food offer prostitution as the quickest and easiest route to survival.

Lilya has a fuck-you attitude – like when she’s being called a whore by the local boys, she doesn’t scurry away in embarrassment. But it’s the slow burial of this spirit and her will to fight by the end of the movie, that makes this one of the deeper portrayals of angst and prostitution.

Favorite Scenes:
The two occasions Lilya is on the threshold of leaving her town:
Her spirits are high, she is more conscious of her surroundings, and she almost reminds herself that there is nothing worthy here that she’s leaving behind, other than her miserable friend Volodya. During a second watch of the movie, these scenes are heightened because you know what’s looming ahead for Lilya. It’s like a couple of lines from ‘Forever Young’ (a remix of which plays when Lilya and Andrei are out having fun):

Hoping for the best, but expecting the worst…

Random:
The Unloved is another movie that has a powerful scene involving the abandonment of a daughter by a mother. 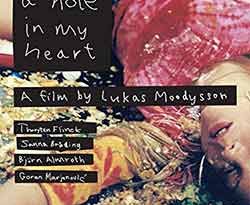 Is the grass any greener on the other side….America. A good movie, a little slow but the impact of reality does hurt some.

The young actors are very good, sad movie but believable probably happens all the time. Thanks admins of EUM for this one.

Beautiful ..very sad an one that does get you thinking of life the bad an some good .thanx eff as horrible the subject this is a movie that hit the heart …

caught me offguard, i came for the fucked up content and got lured into caring enough to almost forming a tear by the end which is testemrnt to the quality level of the young actors as well the story telling and gd job at keeping everything very concievable /realistic,well i realy enjoyed it ,no gore or graphic rape scenes but bit of heart stuff instead which llike everything is all good in moderation,,8/10

Favourite movie i’ve seen on this site so far

Really good movie. You already know it will be a good movie just with the whole beginning with the music and stuff.

Sadly, things like this are normal in a lot of places. And is a combination of things, bad family members, bad “friends” and etc.

Knowing how to make decisions is another good thing to know, is the difference between still being alive and somewhat having a “happy” life with what you have, and doing prostitution, doing drugs in some public bathroom and end up abused and dead. And this shows in the final scene where the girl acted different, told that guy that was her “bf” to fuck off and helped that old lady. Things could have been different if she chose that course of actions, instead of the one she ended up choosing.

Absolutely beautiful! Very emotional I think I may have shed a tear, my favorite type of effed up film don’t need to have gore to make a fucked up movie. 10/10 reminds me somewhat of Christiane F another great one.

Thanks for ruining hookers for me.

I love this movie!
I saw it when I was 10yrs old or such, then I saw it a couple more times and (maybe because i am a sociopath kinda) I never considered it disturbed! Welp, thanks for this! 😀

if you’re in the right mood it can get 6.8/10 but in this category Your name is Justine better imho

Oooffffff I’m not crying you are!! Superb acting from the 2 youngsters think I need some fcked up blood and gore film now to cheer me up!! BTW the actress Oksana Akinshina (Lilya) was the lead actress in last years film Sputnik

Very emotional and well acted! I recommend this movie.Thank you admin.

An accurate description of life in soviet union right after it’s collapse till late 2000 (believe me I was there when there was no colored TV in houses). However many of these young girls working all around the world are not victims but they do it voluntarily, partly because they hate their country and wanna get out and partly because they’ve got nothing else to offer.

Suicide contemplators should avoid watching this. It is fucking grim. 5 out of 5 – great movie.

One of those movies that has stayed with me for a long while, a few years anyway.

the first movie that really impacted me

excellent films – many thanx for the link ! x

I thought it was a good movie. A little grim at times, but had a happy ending.

I picked quite a real gem here.

Grim. Haunting. Effedup? Not so much. A harsh reality for some people, I would think. Didn’t immediately dawn on me that she was following much the same path as her mother did. Very good film, just not particularly happy.

Damn fine movie. The younger actors did a great job of making me care about them. Fine pick!