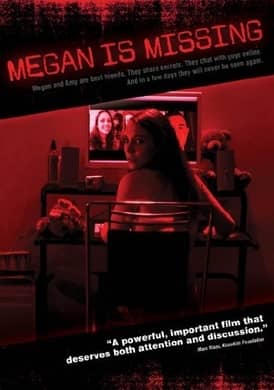 Plot – Spoilers:
Teenagers Megan and Amy are best friends who look out for each other. Megan is popular and cooler but with a messed up history. She admires the ostensible stability that Amy represents. Amy in turn looks up to Megan and the fun experiences she seems to have, but is widely acknowledged in Megan’s world as her particularly cringey friend.

The little things that occupy their lives get more meaningful when Megan decides to hook up with someone she just met on the internet.

Megan Is Missing is presented in found-footage format. And while the makers didn’t seem to understand too much of the technologies they referenced, there is a lot to admire here.

Favorite Scenes:
The final scene of digging in silent grunts, oblivious to his victim’s new tactics for survival. There is something so eerily memorable about his focus to his task-at-hand that it felt massively dejavu when 2nd watching it after almost 8 years