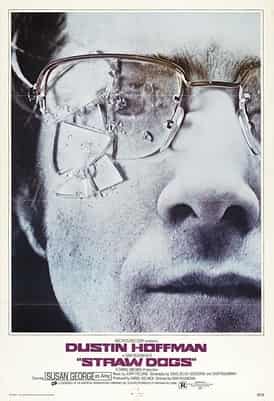 Plot – Spoilers:
A mathematics researcher David Sumner has just arrived in the English countryside from America with his wife Amy. They move into Amy’s old place that needs work done on it. A few local men are employed for this, including Charlie Venner. Charlie and Amy had a thing going years back, and David is immediately insecure about Charlie’s presence around his wife.

David is an academic snob but also acutely conscious of his physical shortcomings. He tries to compensate for this by being overly friendly with the locals, including Charlie, none of whom particularly warm to his attempts at sidling up to them. In fact, their contempt for his lack of their roughness only grows.

For Amy, being back in her hometown only further reminds her of the things David lacks. And the couple’s squabbles don’t go unnoticed by Charlie and his friends, who can’t wait to stick one into Amy.

Dustin Hoffman dazzles with his mastery over geeky mannerisms in his portrayal of a man whose masculinity is being shredded to pieces, while he can only watch.

I never thought that you would upload this movie . Thanks alot looking forward for more movies .love you?

Most of the rape scenes were left on the cutting room floor cause they were to graphic so sath the WATCH DOGS,

This film was an inspirer for the home invasion genre, now in big numbers, the best imo being ”Death weekend” starring Brenda Vaccaro and ”The House at the edge of the park”, starring David Hess. Love these movies that start off slow and build up towards the end resulting in violent climaxes. A bit like having sex, really.

It is truly scary when nice people hit their breaking points and snap.