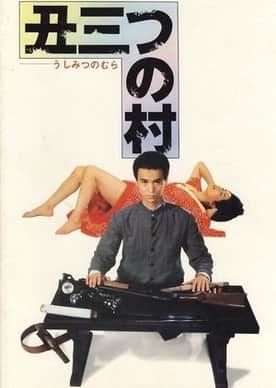 Plot – Spoilers:
In WW2 Japan, a young man Tsugio who lives with his old grandmother dreams of serving in the army, as he watches batches of men from his village leave for the war. The villagers though don’t take him too seriously and indulgently mock him for his academic bent and poor physical health.

Tsugio and his cousin like each other but he isn’t too keen on a relationship with her in a village that’s already teeming with inbred folk. A couple of women whose husbands are away seduce him to sort of tease him, but Tsugio begins to take their attention seriously. Things soon start to fall apart when he’s rejected by the army after being diagnosed with tuberculosis, and the women too start avoiding him for fear of contracting the incurable disease. Then his cousin gets married off as does another woman whom he loved and Tsugio finally snaps. Left with nothing to look forward to, he toggles his mass-shooter mode to wreak havoc on everyone.

Village of Doom is based on a true story (the Tsuyama massacre) and is eerily reminiscent of modern mass shootings, especially the scenes where people are shot while illuminated by Tsugio’s bodycam-type flashlights.

He would have made a good soldier after all. Oh well. pretty slow, but not at the end.

This movie hits the motives of a mass murderer right on the head. The only difference is that Tsugio is a man with zero capabilities for what he is aspiring to be. Real life mass murderers are generally above average in everything they want to do. But lack the ability to excel to the very heights of their goals. Unlike the serial killer, who is usually a complete success (Bundy) or a consummate crybaby, xtian loser (Dahmer) the mass murderer straddles the center with a slight upward bend. Words that ppl use to describe the potential mass murderer behind His or her back are like “Thatfucking bitch can fire from three point range all day long! Too bad she isn’t good at playing D.” “Did you hear the notes that one motherfucker hit last night singing Pantera? He won’t go any father than karaoke but damn!!!”. Mass Murderers minds isolate only those words that downplay their respective talents, seeing backhanded complements and charity trophies in every word. Frustrated beyond all measure, never satisfied with anything less than A+++, always turning their self contempt for not being overachievers outward until it leads to it’s ” logical” conclusion. Murder everyone, kill self.

I knew a man who became a mass murder. He was a White supremacist, I didn’t know it and we had a big falling out before he moved to Phoenix. Good thing too or my wife and I woud’ve probably been two of his fucking chalklines. One of his victims was one y/o. ????