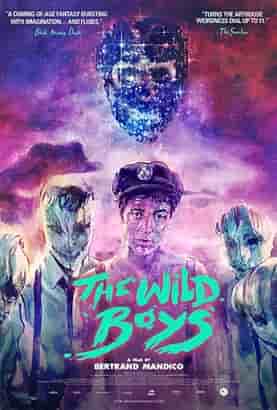 Plot – Spoilers:
A bunch of wealthy teenagers rape and murder their teacher. They dissociate from their behaviour by creating an entity Trevor, who is the epitome of their impulses and certain ideals they’ve sworn to live by. Basically, a sophisticated justification for living a life of debauchery.

But their parents cull their plans by sending them out to sea, in the hands of a man referred to as The Captain. The Captain with his enviable cock is notorious for squashing aggression and overt-masculinity out of teenage boys and turning them into docile, harmless lifeforms. What follows is a gender swapping nightmare for all involved.

In choosing women to play the boys’ roles, guess the Director felt it was easier to first hide tits, rather than later sprout them.

what for a strange and great movie, i like it. thanks.

If you can get past the first ten minutes, we’ll done…

Seen this one not long ago and it was ok but not great. Kind of confusing. I would have lost my shit if all of sudden my dick fell off and got girl parts. Man ultimate punishment for sure

I only clocked because it was in French honestly (i’m Not from France but Canada)
My opinion:
Visions of suffering was way better/scarier to me
My personal favourite parts were when Hubert got stuck in the blob, their bodies changing
Idk why to say though, disturbing but visions of suffering is way more than this one.
At least I found one strange movie in French aha (:

Awesome, what a bizarre movie. Y’all gotta watch this. I didn’t expect to hear a Nina Hagen’s song, Naturträne in this film, it was perfect for the scene.

Different but entertaining. I wasn’t a fan of the ending though. I wanted to see jean get her comeupance.

All those pretty girls covered in dirt with their tits out and with the suspenders and everything is great . . . Made me feel happy but a little sad too.