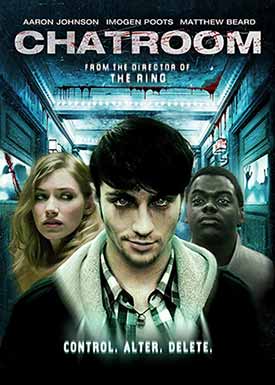 Plot – Spoilers:
William is the son of a successful writer-mom with a disturbed past that includes self-harm. He’s been participating in forced therapy sessions at home and puts on the guise of having recovered. In truth, he feels neglected by his mother and resentful towards his brother Ripley, after whom his mother’s successful book series is named.

One bored day, he decides to create a chatroom called Chelsea Teens! into which trickle four other teenagers. Initially they just bitch about life and older folks until each one begins to reveal darker sides to their everyday existence. William as admin dons the leadership role unquestioned, and begins to encourage the chatroom members to indulge their darker fears and frustrations. What starts off as a fun chatroom to make online friends soon morphs into something more dangerous as William tries to fill the void in his empty life by sadistically egging the others towards his darker fetishes.

that’s fucked up… i thought yhere was going to be more people commiting toaster bath, that was disapointing

It’s okay… A bit lame, though.