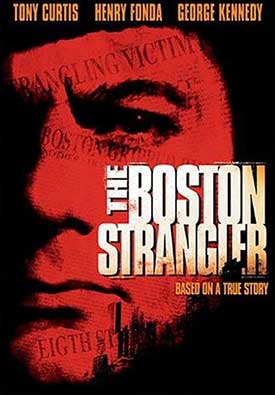 Plot – Spoilers:
Made within a year of Albert DeSalvo’s sentencing as the serial killer dubbed ‘The Boston Strangler’, this movie is renowned for Tony Curtis’ performance as the Strangler.

In the 1960s, the Boston area was panic stricken by a series of murders and sexual assaults on women varying in age groups from young to the old. Despite the media coverage and hysteria, the murders continued for a year and a half and police were confused why women continued to let in the Strangler into their homes.

Tony Curtis as the Strangler makes a late entry into the movie as most of it details the bodies being discovered, the police investigations and false positives. But once Curtis enters the frame, it’s pure gold as he puts on a remarkable performance as the mentally sick Albert DeSalvo trying to get to grips with a part of him that he himself finds difficult to pin down

The Boston Strangler was based on a book. It seems to have been the tradition with serial killers, that a whole bunch of literature was churned out and doubts cast by multiple sources regarding the guilt of the convicted killer. In this case though, despite the lack of proper evidence, Albert DeSalvo was confirmed in 2013 to have indeed been the Strangler.

Favourite Scenes:
The final scenes unquestionably with the long continuous shots:
Tony Curtis transforming from a confused searching DeSalvo to the confident smarmy Strangler is a must watch. 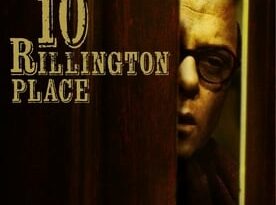 What and absolutely brilliant performance by Tony Curtis! This is an actor I more or less grew up with… and I enjoyed many of his movies. Some Like It Hot comes to mind where he and Jack Lemon dress in drag to escape some mobsters. Tony always played the silly roles… goofy comedy… so this, this absolutely stellar performance truly knocked me off my feet. I had no idea he had it in him! He really makes the movie… which I can’t believe I haven’t seen until just now. Thanks for this, EUM… You guys both rock AND roll!

Not bad for a movie from late 60’s, however I can’t see why its here in effedup movie???

Excellent.. proper original dangerous and compelling cinema.
Captured the time brilliantly and shot beautifully.
A masterclass of cinema and storytelling.

There once was a lady named Red
Who had an ache in the back of her head
Though nothing would ease it, the strangler did squeeze it
Now the aching red’s head is all dead.